In an internal memo obtained by CNN, the Trump administration allegedly ordered Peace Corps employees, who are responsible for the implementation of the program, to stop using the “Let Girls Learn” name immediately.

“Moving forward, we will not continue to use the ‘Let Girls Learn’ brand or maintain a standalone program,” CNN quoted an e-mail sent to all Peace Corps employees this week by the agency’s acting director, Sheila Crowley.

But in a quick rejoinder, the White House denied allegations that it is ending the former First Lady’s program, insisting that the internal memo was erroneously sent due to “internal confusion,” as reported by The Hill.

“There have been no changes to the program,” White House spokeswoman Kelly Love was quoted by CNN as saying.

The White House did not say whether the “Let Girls Learn” program will be continued as a standalone program in the future.

The changes appear to “loosen nutritional standards” that Mrs. Obama championed during her time as First Lady to get American youth in shape. 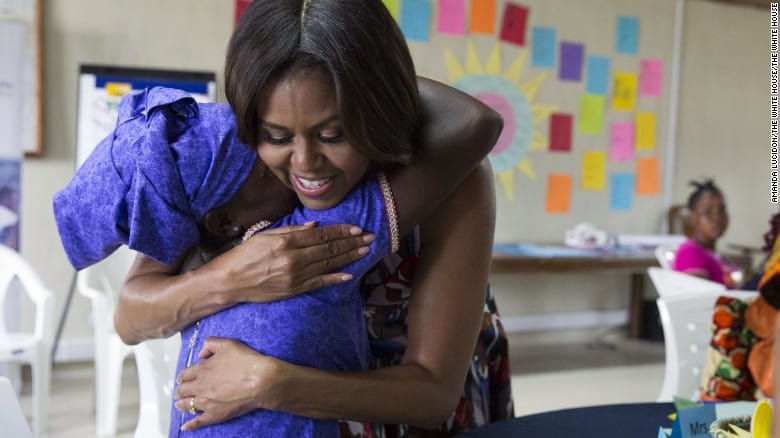 Since 2015, the “Let Girls Learn” initiative has helped to equip adolescent girls in developing countries with educational opportunities to achieve their dreams.

The program elevates existing educational programs and invests in opportunities to enable more girls to get an education, including countries that are immersed in war and other forms of conflict.

On its website, the “Let Girls Learn” program declares:

The initiative leverages public-private partnerships and challenges others to commit resources to improve the lives of adolescent girls worldwide.

The program has also collaborated with experts from around the world to offer community-led solutions to enable adolescent girls to complete their education. 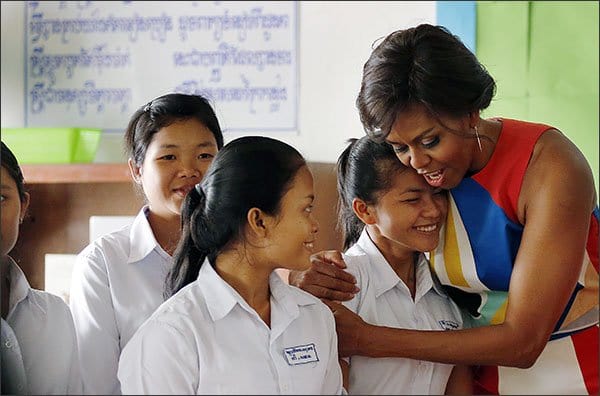 If the program is discontinued, millions of poor girls across the world will be forced to give up on their dreams of completing school and reaching their full potential.

This latest act appears to fall in line with Trump’s campaign promise to cut aid for developing countries.