The head of the Catholic Church, Pope Francis, arrived in Cairo, Egypt, Friday for a 27-hour visit meant to improve relations between Egypt’s Muslims and its Christian minority population.

The 80-year-old pontiff touched down at Cairo airport and was ushered in to a car before he was driven to meet Egyptian President Abdel Fattah al-Sisi at the presidential palace, al Jazeera reports.

“It’s a journey of unity and fraternity. Less than two days but very intense,” Pope Francis told reporters before disembarking. 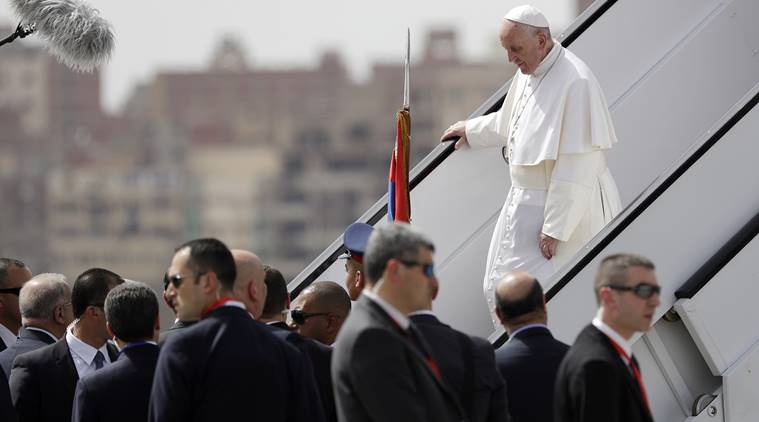 During his visit, Pope Francis visited al-Azhar University, a globally respected institution for Sunni Islamic learning, saying in Italian, “Let us say once more a firm and clear ‘No!’ to every form of violence, vengeance and hatred carried out in the name of religion or in the name of God.”

There he met with Sheikh Ahmed al-Tayeb, the imam of the government-run Al-Azhar mosque and an Islamic philosophy professor.

The conference was attended by Patriarch Bartholomew the Archbishop of Constantinople and the spiritual leader of the Orthodox Church.

Pope Francis held discussions with President al Sisi and Pope Tawadros II, the head of Egypt’s Coptic church. The two religious leaders then walked to St. Mark’s Cathedral, the scene of a deadly bombing in December. 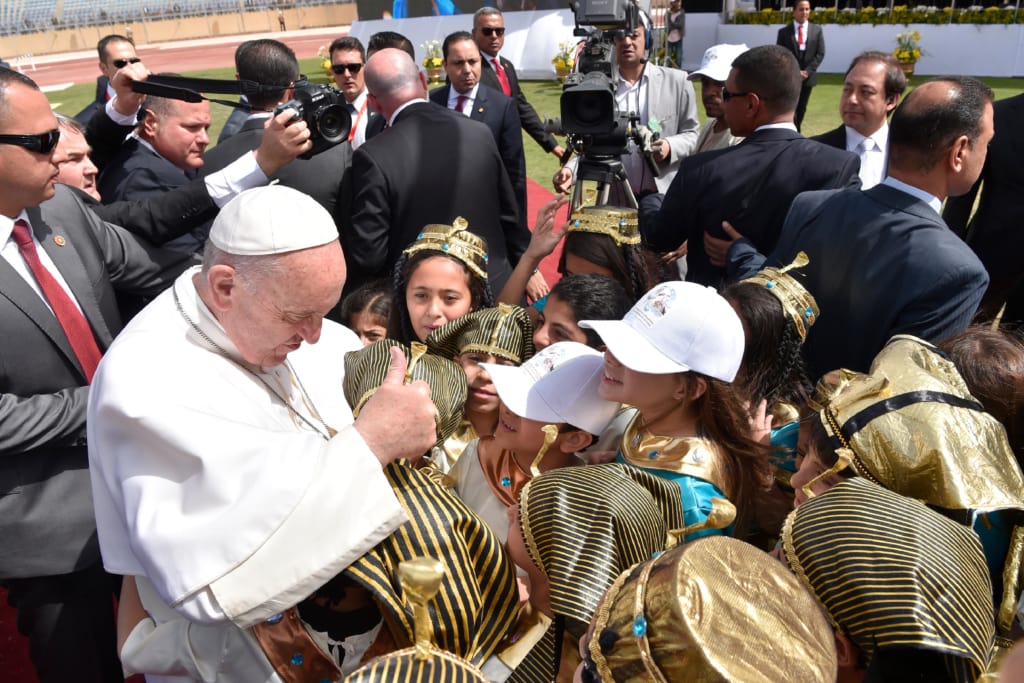 Pope Francis greets children dressed as pharaohs and in traditional dress as he arrives to celebrate. Photo credit: America Magazine

By Sunday, Pope Francis greeted the approximately 15,000 attendants of his Mass with “As-Salaam Alaikum” or “Peace unto you” in Arabic, insisting, “Religiosity means nothing unless it is inspired by deep faith and charity.

“True faith is one that makes us more charitable, more merciful, more honest, and more humane.
“God is pleased only by a faith that is proclaimed by our lives, for the only fanaticism believers can have is that of charity! Any other fanaticism does not come from God and is not pleasing to him.”
He then ended his message with “al-Masih qam! Bi-l-haqiqa qam!” (“Christ is risen! He is truly risen”).”

His arrival also marks the first papal trip to Egypt in two decades.

Egypt’s Coptic minority make up about 10 percent of the country’s mainly Muslim population; they are the Middle East’s single largest Christian population and one of the oldest. 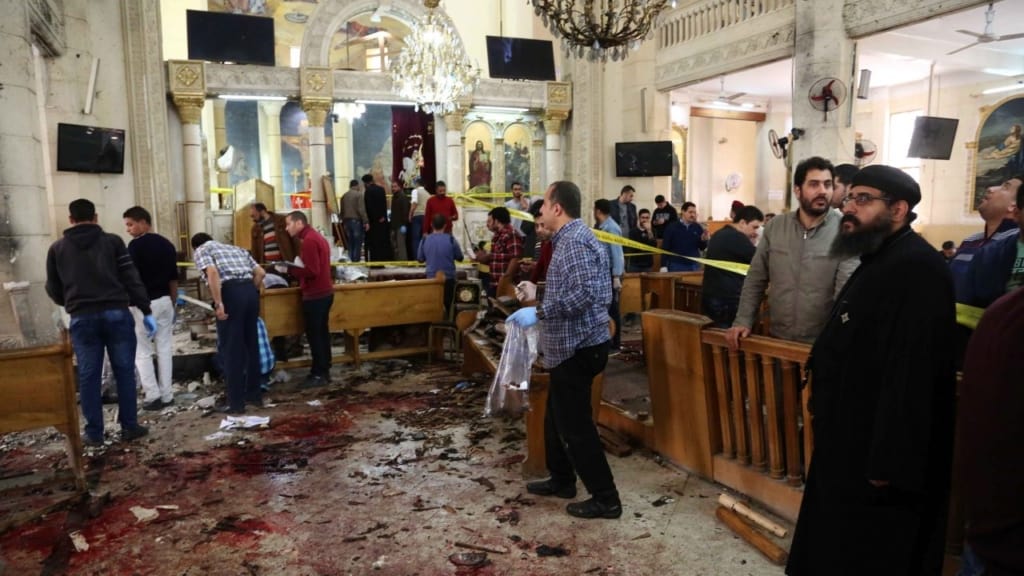 Egypt’s Christian population has faced increased threats in recent times from a growing wave of radical Islam, with the Islamic State claiming responsibility for the Palm Sunday bombings and another deadly attack, where 28 people were killed at a Coptic Cathedral during the Christmas holidays.

President al-Sisi declared a state of emergency following the bombing of the two Coptic churches in early April.

Ahead of the pope’s visit, Egyptian authorities tightened security in and around all churches in the country to avoid the embarrassment of an attack timed to coincide with the pontiff’s visit.

The Coptic community says the tightened security should have been implemented earlier, though, to protect them from sectarian and religiously motivated attacks. They also complain of discrimination from the larger Egyptian society.