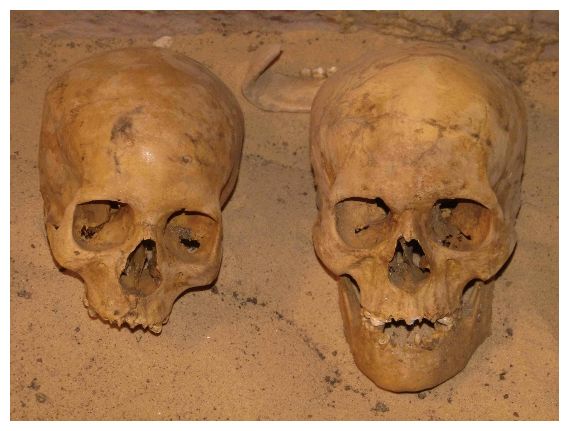 Most of the skeletons and skulls of ancient Egyptians showed that they were Negroid people who had features similar to those of modern Black Nubians and other people of the Upper Nile and East Africa.

To further debunk claims that Black race did not exist in Egypt but migrated at a later stage, skulls from the predynastic period (6000 B.C.) were examined and the result is that they had a huge percentage of Black characteristics than any other type.