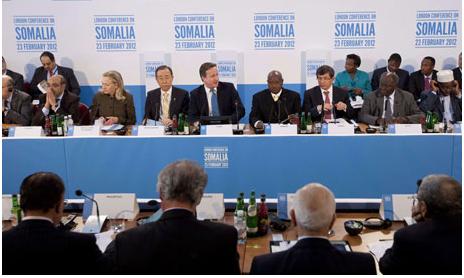 Today, the UK is hosting a conference on Somalia in an effort to solve the nation’s issues. Senior representatives from over 40 governments and multi-lateral organizations will come together in London with the aim of delivering a new international approach to Somalia. They will discuss how the international community can step-up its efforts to tackle both the root causes and effects of the problems in the country.

Invited guests include the UN, AU, EU, World Bank, the Inter-Governmental Authority for Development, the Organization of Islamic Conference, and the League of Arab States. Also invited were representatives of Somalia’s Transitional Federal Institutions, as well as the Presidents of Somaliland, Puntland, Galmudug and Ahlu Sunnah wal Jamaah (ASWJ).

Somalia aid groups and experts welcome renewed international attention, but warn that a focus on either state-building or military action alone could make things worse rather than better.  Somalia has been without an effective central government since President Siad Barre was overthrown in 1991.