Maasai people are among the few African tribes that have defied civilization to retain their old ways of life. In effect, the Maasai community, which is predominantly found in southwestern Kenya and northeastern Tanzania, is considered the most authentic tribe in East Africa.

Maasais are also the only community in East Africa that has successfully coexisted with wild animals in the popular Maasai Mara Conservancy in Kenya and Serengeti National Park in Tanzania for hundreds of years. 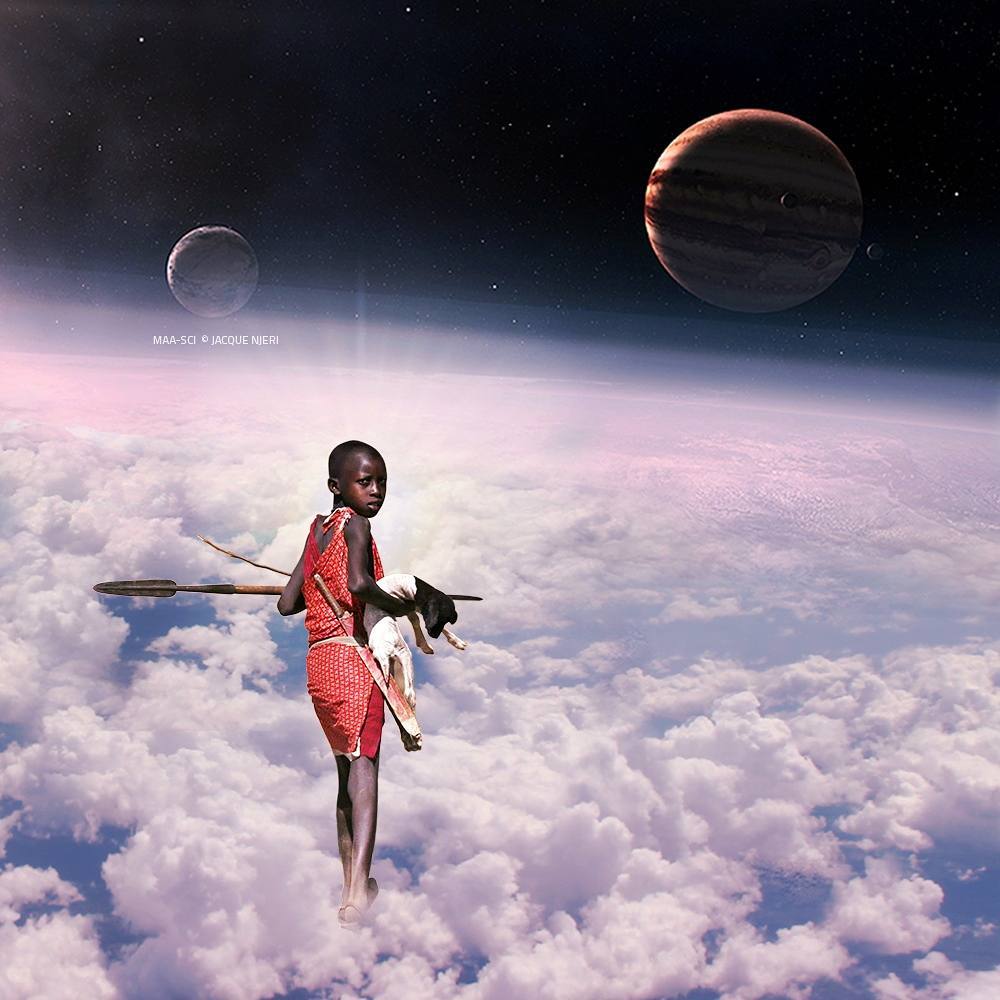 It is against this backdrop that the Kenyan photographer and artist Jacque Njeri created a make-believe image collection of the future of the Maasai people in space.

The gallery, dubbed MaaSci, highlights the significance of Maasai culture with respect to exploration of time, travel and life in space. Njeri says the idea to create the fictitious image collection came from her deep passion for the Maasai culture. 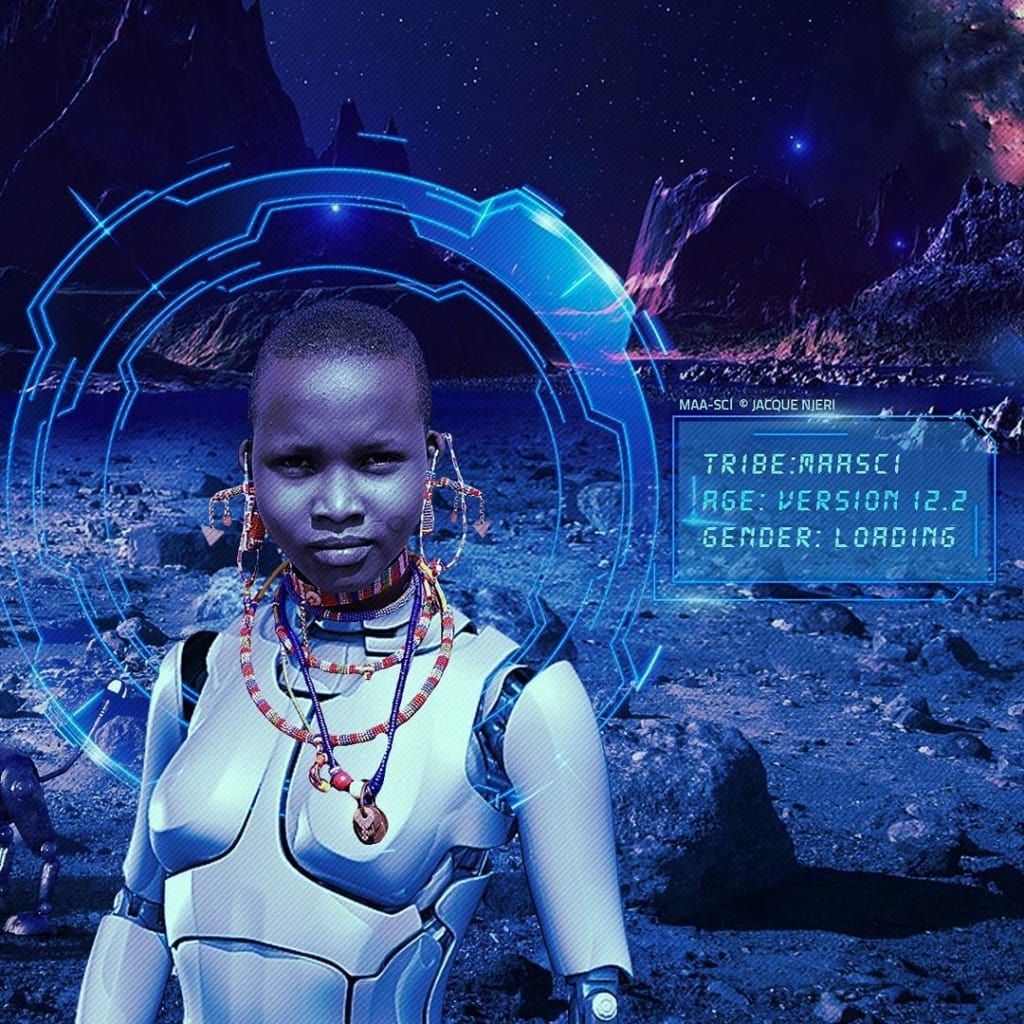 She adds that the futuristic world incorporated in the images was inspired by the imaginary desert planet featured in the popular film called “Star Wars”, which was partially filmed in Tunisia.

“The Maasai tribe is synonymous to Kenya and in their own right, Africa,” Njeri was quoted by Quartz.

Her thought-provoking gallery is part of an ongoing tendency by modern artists and photographers to use digital solutions to reimagine history and social issues. She hopes to use her talent to underscore the significance of women in the society.

MaaSci comes at a time when African countries are looking to space technology to grow their economies and advance their military ambitions. 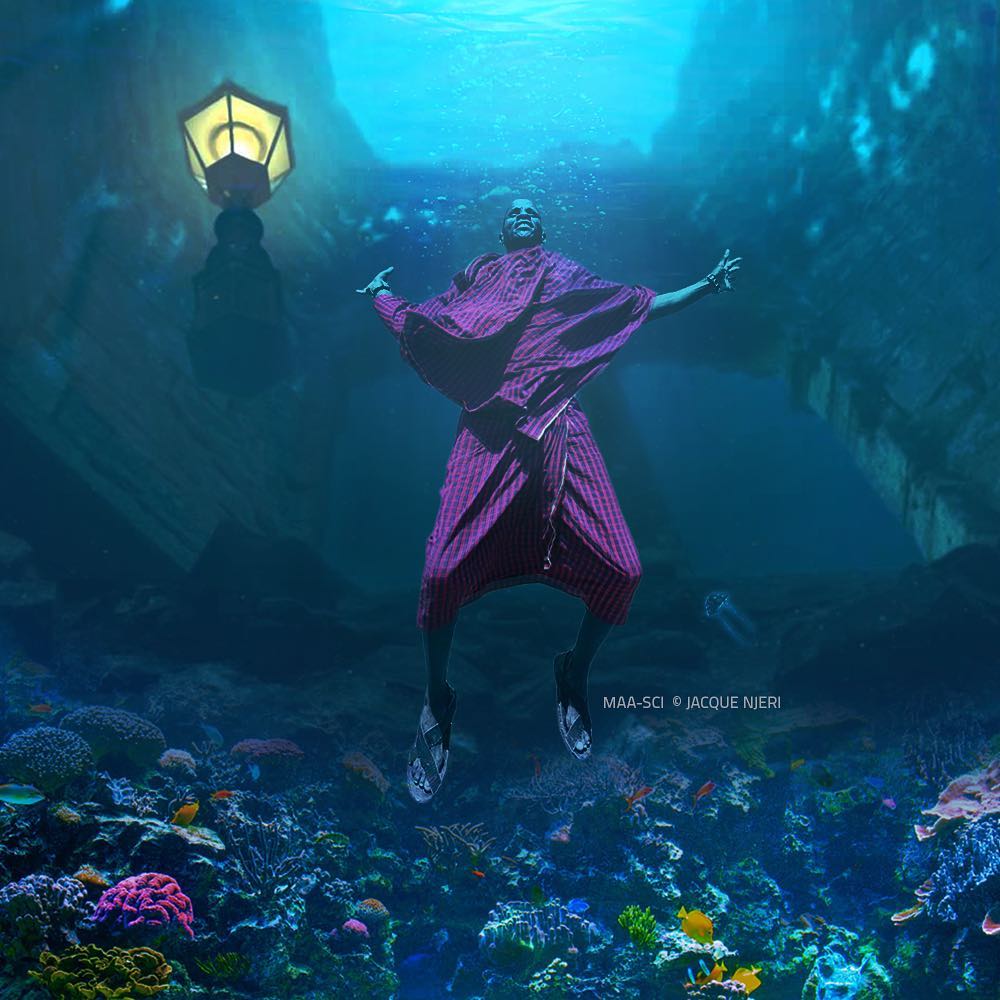 A Maasai warrior under the sea. Photo credit: Fruit Junkie

Kenya and Tanzania are among the top African countries that have invested heavily in space technology with the hope of improving agriculture, combating deforestation and boosting telecommunication.

It is therefore intriguing to see a fictional creation of the future of the Maasai community in space. One can only imagine how a community that is used to doing things the traditional way will survive on Mars.