Authorities in Madagascar say the number of people killed in a domestic fire incident that rocked the capital, Antananarivo, last Sunday has risen to eight.

The BBC reports that a 16-year-old girl was the latest victim to succumb to injuries sustained in Sunday’s inferno. The fire, which swept through East Ankisana, a poor neighborhood in Antananarivo, is the latest in more than 20 different fire incidences that have rocked Madagascar in 2016 alone.

Seven other people, including a pregnant woman and a child, also lost their lives in the incident. 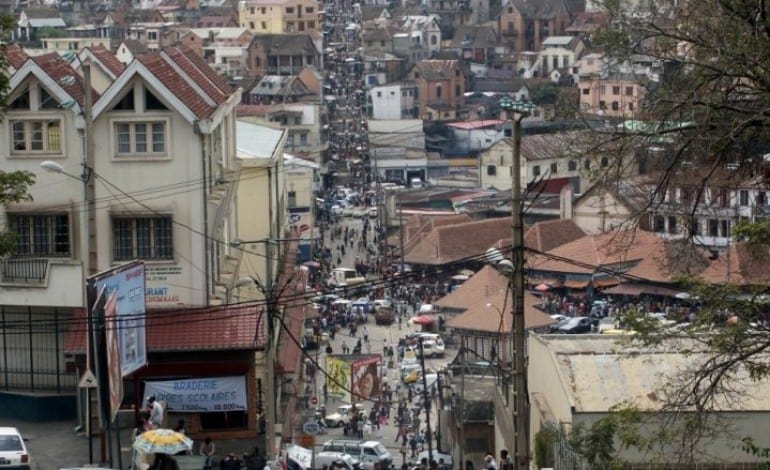 Many Madagascan urban neighborhoods feature houses built so close together it can be a challenge containing the outbreak of fire or diseases.
Photo Credit: Reporters 365

Authorities believe the fire may have been started by a careless candle fire in a neighbourhood without basic amenities, such as electricity. And since many residents live close together in wooden shacks, more than 50 homes were burned, leaving some 450 people homeless.

Residents reportedly fought to put out the fire, using pots, bowls, and whatever they could find to scoop out water from a nearby drainage canal. Still, the fire has caused many to become homeless, with the affected now living in makeshift tents in nearby facilities.

In July, a house fire in Madagascar killed 38 people, including 16 children. The house, a three-story structure made of thatch, was located in the south-central district of Ikalamavony.

Local media reported that the fire started outside the dining area of the house during a party, with panic stricken guests unable to find their way out of the only exit door.

Madagascar is a large African island of 22 million people situated in the Indian Ocean off the coast of Mozambique.

It is one of the world’s poorest countries and heavily dependent on foreign aid.

The country has suffered repeated periods of political instability and civil unrest. The economy is dependent on produce, such as rice, coffee, and tourism. Poverty is widespread and crime is a significant problem in the urban areas.

Due to the high-crime rate, many houses reportedly feature narrow windows in their design to deter burglars and other armed bandits. This particular design feature often serves to compound the situation in the event of a domestic fire outbreak.