South African university students have promised to continue the #FeesMustFall protests that saw academic activities across many institutions around the country suspended throughout last week.

The BBC reports that student leaders at South Africa’s prestigious University of Witwatersrand have warned that students will make the country ungovernable if their demand for free education is not met in the new week.

Kefentse Mkhari, university student representative council leader, declared that there will be no backing down from the students’ demands for free education, “Right now we want free education, and if government won’t commit itself to giving us free education, we will [make] this country ungovernable.” 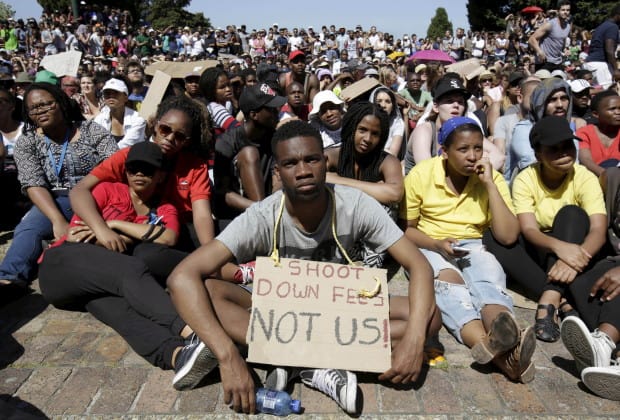 Last week, several universities around the country were forced to close as students took to the streets to protest the government’s announcement to increase tuition fees by up to 8 percent, starting from 2017.

The protests have sometimes turned violent, resulting in altercations with authorities and the destruction of property.

Last week, Higher Education Minister Blade Nzimande announced that after wide ranging consultations, stakeholders in higher education had come to the conclusion that universities would be allowed to increase fees, with the condition that the new increases must not go above 8 percent.

His announcement provoked wide spread protests among university students, with students from the University of Cape Town barricading the entrance route to the university’s campus and shutting off all campus shuttles.

At Nelson Mandela Metropolitan University (NMMU) in Port Elizabeth, protests led to the arrests of a number of students and the suspension of academic activities. 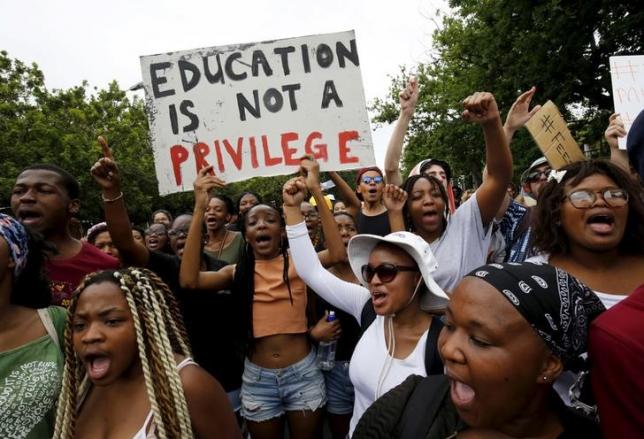 University authorities have rejected the students’ calls for free education, insisting that there is no way the government can provide 100 percent free tertiary education in the face of prevailing circumstances. They warn that if the protests continue, they will have no option but to close down the schools and send all students home.

The student body, however, slammed the university’s response, with a student leader saying, “The problem is not with varsities or capital, but it’s political will, which needs to bind them, otherwise it will just support the call in principle.”