In many parts of the world today, violence against women and girls is a criminal offense that can attract huge fines as well as a maximum jail term, but for some women in Mauritania, wife-beating is a source of pride.

Among the Moors, an ethnic group in Mauritania, domestic violence is seen as an act of love and many Mothers encourage their daughters to be married in families with a history of violence against women.

Speaking to Cyprus Mail last week, Salimata, a 19-year-old Mauritanian woman, narrated how her mother encouraged her to find a violent husband, saying that it is a sign of love.

“You’re a daughter of a woman whose husband broke her hands. Your grandmother’s legs were fractured by her husband. You must be loved,” Salimata, now a victim of gender-based violence, said, recalling her mother’s words.

Salimata said she has taught herself to see her husband’s cruelty as a sign of love for her.

“I felt like an animal that had to be disciplined. As time passed, I came to believe that my husband beats me only when he is at the peak of his love for me,” Salimata insisted.

For most Moor women, being beaten by one’s husband is part of the community’s tradition and the victim often finds pleasure in sharing her experience with other women in order to brag about her husband’s love for her.

This practice involves physical abuse that often leaves the victim with life-long scars and deformities. It’s even worse considering that child marriage is not totally prohibited in the country, where Mauritanian law stipulates “sound mind” and “marriageable age” as the only preconditions for getting married and often exposes young girls to physical violence and other forms of abuse by their husbands. 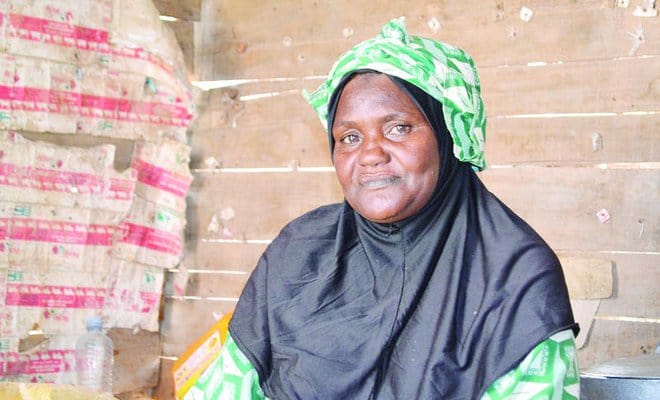 “In the past, our girls used to get married at 8 years of age, and they usually married their cousins,” Aichetou Samba, a 60-year-old Mauritanian woman, said.

“This is one of our traditions. We see wife-beating as a common and normal practice, which sometimes includes pouring cold water on the wife’s body.”

Even though violence against women is prohibited under Mauritanian law, very few cases of wife-beating are successfully prosecuted as women often choose to drop charges for fear of getting divorced.

An official from the ministry of justice, Hamouda Ramdhane, says that the ministry is working on a new law that will help to block withdrawal of complaints against violent husbands without giving any time frame.

Ramdhane hopes that the new law will help to protect the public interest and punish anyone who is involved in covering up crimes against women.