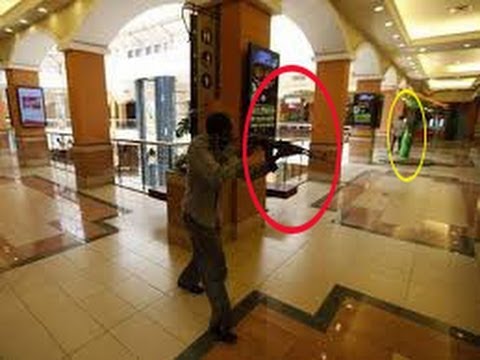 But before Warsame became a positive contributor to his community and society, he was a part of the Somali-grown terrorist group al-Shabaab for six years, which has ties with the Islamic militant sect al-Qaeda and has been terrorizing its people, Ethiopians, and Kenyans since 2006.

In an interview, Warsame discusses what it was like as a militant in al-Shabaab as well as how he came to his decision to desert the group once he became disillusioned. 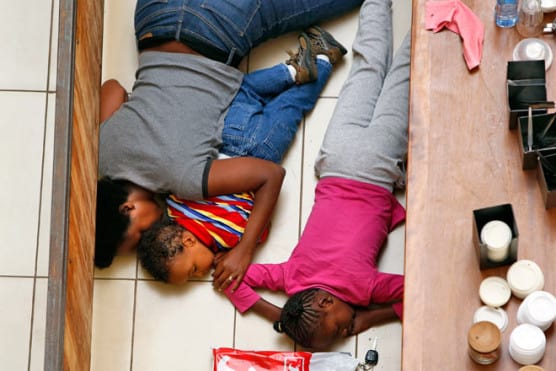 A woman and her children hide from the militants at Nairobi’s upmarket Westgate mall.

What did you do as a member of al-Shabaab?

Mawlid Ali Warsame: I was a fighter. I usually fought in the battles that occurred in Gedo region, although sometimes we were taken to Mogadishu, Bay and Hiran regions. Our job was to ambush and fight Ethiopian and Somali government troops that used to travel between the regions of the country.

Why did you join al-Shabaab in the first place?

Warsame: Honestly, I was told that we would be fighting a holy war at first, and that is what led me to take up arms. However, I later discovered that al-Shabaab’s intention was not a holy war. Their goal was to rule over the country, or to eliminate the people who they thought were against their ideology.

I was shocked when we were ordered to kill or torture anyone who was not satisfied with al-Shabaab’s policies. There was a huge difference between the Islamic religion and how we were acting at the time. That led me to consider leaving al-Shabaab.

How did you eventually leave al-Shabaab?

Warsame: I decided to escape in 2010, but the group controlled most parts of the country at that time and the government did not have much power. It became difficult for me to cross over to [the government], so I was part of the group until I got the opportunity to surrender in 2012. I surrendered to the government’s administration in Gedo region.

How has your life changed since your surrender?

Warsame: By God, a lot has changed. I have created for myself a life that was difficult for me to even imagine when I was part of al-Shabaab. I have a wife and children now. I have a business, and my life has started to follow a path that is different from what I was like when I was an al-Shabaab member.

What is the difference between the life you led as an al-Shabaab fighter and the one you are living now?

When I was part of al-Shabaab, I was constantly thinking about killing someone and I had a gun on my shoulder at all times. I was ready to die and I was isolated from my friends and family. I did not think about the future at all. But now, I think about my family and how I can create a good future for my children.

[With al-Shabaab] I was always out in the wild, and it was rare for me to see a town. I was roaming around in the remote areas. I would engage in battle at least five times a week. My ears were used to the sound of bullets and killing was normal to me.

By contrast, I understand what it means to be human now. I realised my mistakes and I asked the Somali people for forgiveness.

Did the government offer you any rehabilitation after your surrender?

What lies about Islam did al-Shabaab tell you?

Warsame: I have not seen al-Shabaab tell any truth about the religion. They lied about everything, and every intelligent person has deserted al-Shabaab now. It is only the wretched people and the misled youth like myself that remain.

What are you doing with your life now?

Warsame: I own a general foods store and I go to school now. I think about the development of my people and my country, while before, I used to work towards the destruction of my people.

How have the Somali people treated you after you renounced al-Shabaab?

What is your message to the people who still belong to al-Shabaab?

Warsame: I would tell them that al-Shabaab’s time is over now. If you joined them for money, al-Shabaab does not have any money now as they have lost control of all the ports they held. And if you were misled, the Somali clerics have now made clear their faults and the lies they told about the religion.

I call on the youth to take advantage of the government’s offer of amnesty, to come back to their people and show remorse, as I did, for having been part of al-Shabaab.