A physical therapist working with wounded soldiers during World War II, Griffin realized that soldiers struggled with feeding themselves. She programmed a tube to deliver one bite of a meal at a time to a disabled patient. Whenever he or she was prepared for the next bite, the patient would bite down on the tube. She later simplified her invention so that it could be fit in a brace around a person’s neck, and accomplish the same function.

Sceptical, the American Veterans Administration did not accept Griffin’s invention. She sold the patent and rights to the French government, who supported the large-scale production of her invention so that it could reach those in need.

Griffin also invented the disposable cardboard emesis basin, the kidney dish. While working as the physical therapist to the mother-in-law of Theodore Edison, son of famed inventor Thomas Edison, Griffin invented the surgical accessory. Her basin was fashioned out of newspaper, flour and water, which was then baked into a hard form. The dish allows it to be held against the patient’s body to catch any falling fluids or debris, making it a medical staple.

Again, Griffin’s invention was also not accepted by the American Veterans Administration. She sold the invention to Belgium. 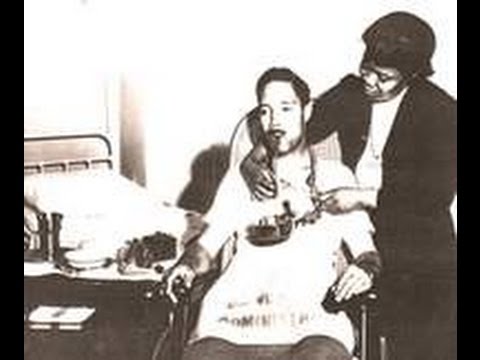 Beyond her astounding perseverance through her career, Griffin exhibited tremendous tenacity in life.

She was born in Hickory, Virginia in 1914. She went to Diggs Chapel Elementary School in Chesapeake, where she was reprimanded for writing with her left hand. Rather than succumb to shame, Blount taught herself to write fluently with both hands, feet and teeth. When she was forced to stop her education at grade six, she stood undefeated and got the equivalent of a GED to qualify for university admissions.

She first received nurse’s training at Newark City Hospital (currently University Hospital) in Newark, New Jersey, then went to Panzer College of Physical Education and Hygiene in East Orange, New Jersey. She studied physical therapy in Chicago. She then worked as a physical therapist and inventor, until 1969, when she went into law enforcement as a forensic scientist at the Vineland Police Department and the Norfolk Police Department.

She became the chief document examiner at the Portsmouth Police Department and in 1977, she became the first African-American woman to train and work at Scotland Yard in England. She then ran her own forensic science consultancy in the 1990s, until the age of 83. In her practice, she studied slave papers and Civil War documents and verified the authenticity of Native American-U.S. treaties documents.

Her obituary highlights that although she received patent No. 2,550,554 for her portable self-feeding, invalid feeder apparatus, she invented a number of other devices which she received no patents for. She was a modern interpretive dancer and nurse, which influenced her inventions and work as a physical therapist. She was also a featured columnist for the African-American newspapers, the N.J. Herald News and the Philadelphia Independent, and appeared on the WCAU Philadelphia television show The Big Idea in 1953.

A true multifaceted woman who persevered to the end. Learn more about her work in the video below.