Ella Williams, otherwise known by her stage name as Mme Abomah was in the late 1800s described as an extraordinary woman who stood over eight feet in height and could easily support the weight of a man on her outstretched arm.

Born in South Carolina in the USA in 1865 to slave parents, Ella Williams grew to become an international celebrity and travelled all over the world as the tallest woman in the world.

She missed being born a slave as the 13th Amendment to the US constitution was ratified about 10 months before her birth. 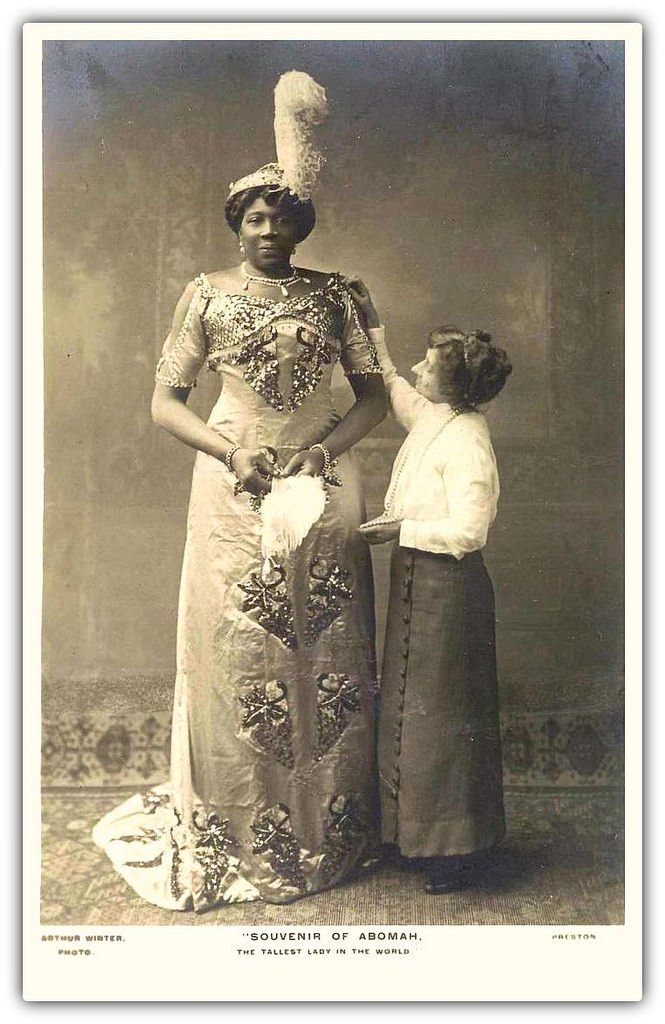 Growing up, Williams was contacted by various circus and show promoters to sign a contract and tour as a giantess, due to her abnormal height, something she gained after being struck with malaria when she was around 14.

Williams refused these offers from show promoters. However, while working as a cook in her native South Carolina, she agreed to be hired by Frank C. Bostock for a tour of the British Isles in 1896.

History says Bostock at the time mixed a little fact with fiction in promoting his act.

He gave Williams the stage name Abomah, a name which came from Abomey, the capital of the Kingdom of Dahomey (now Benin).

He further promoted Abomah as being a member of one of the legendary Dahomey Amazons, the all-female fighting force that existed around the time.

“One of King Dahomey’s Amazons who has been brought over to England for show purposes is a giantess indeed. Her height is eight feet, and she is both broad and muscular,” he used to say, according to the American press.

Bostock took Abomah’s act to Europe because racism in the US was then very distinct. 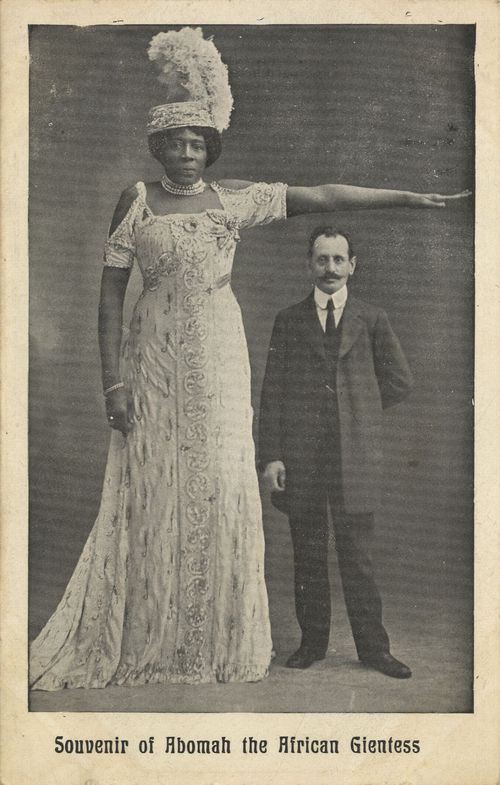 Ella Williams was taller than her male peers

Abomah’s manager knew that in Europe, his strong and beautiful African Giantess would definitely be given massive audience.

During her 30-year-career, Abomah did not only tour Britain but most of continental Europe, Australia, New Zealand, Cuba, and South America.

When Britain declared war on Germany in August 1914, Abomah cancelled her tours and came back to the US in March 1915. 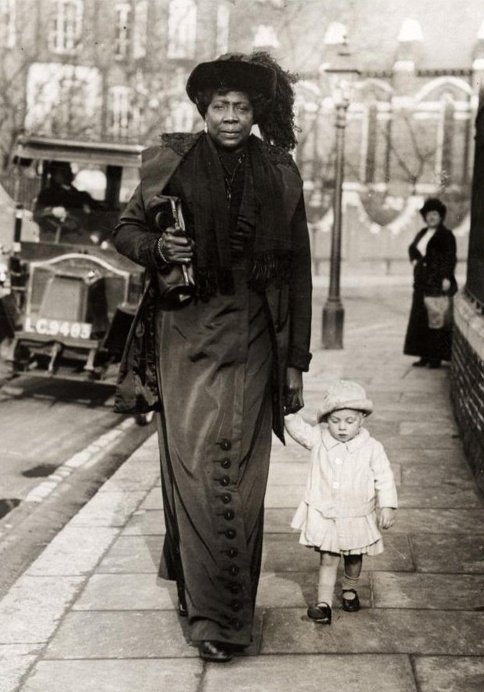 She worked for Ringling Brothers, Barnum & Bailey and at Coney Island.

Abomah was still doing shows in the 1920’s before she left the scene.