The Zambian people and government are optimistic as they present their case to UNESCO on Thursday for the return of the “Broken Hill Man” skull from Britain.

The Broken Hill Man skull was discovered in 1921 in Broken Hill, now Kabwe, during a mining excavation by the Rhodesia Broken Hill Development Company.

It was discovered in a cave believed to have served as a shelter and camping place for the early man. Historians say the skull, also referred to as Homo heidelbergensis, belonged to an adult male and may be between 300,000 to 200,000 years old and was found complete with recognizable features

According to local news, the Tourism and Arts Permanent Secretary Rev. Howard Sikwel, is leading a delegation of experts to present Zambia’s case for the return of the prehistoric skull from the United Kingdom. The delegation said, “it is imperative that the specimen is brought back to the country for purposes of tourism including research in the education sector”.

As one online petition makes clear,

“It is believed that at the time, the country had no capacity to keep and preserve such an artifact and hence it was shipped to the United Kingdom and sits in the British Museum, London to this day.

The law applicable at the time was “The Bushman Relics Proclamation” whose section 2 (1) prohibited the removal of such relic or ruin from the territory without the permit from the Administrator. No authority was given to have the skull exported.”

Sources say Zambia has long tried to recover the early man specimen from the United Kingdom but has been unsuccessful. Rather, the British government gave the country a replica of the Skull which sits in the Museum in Livingstone, Zambia. 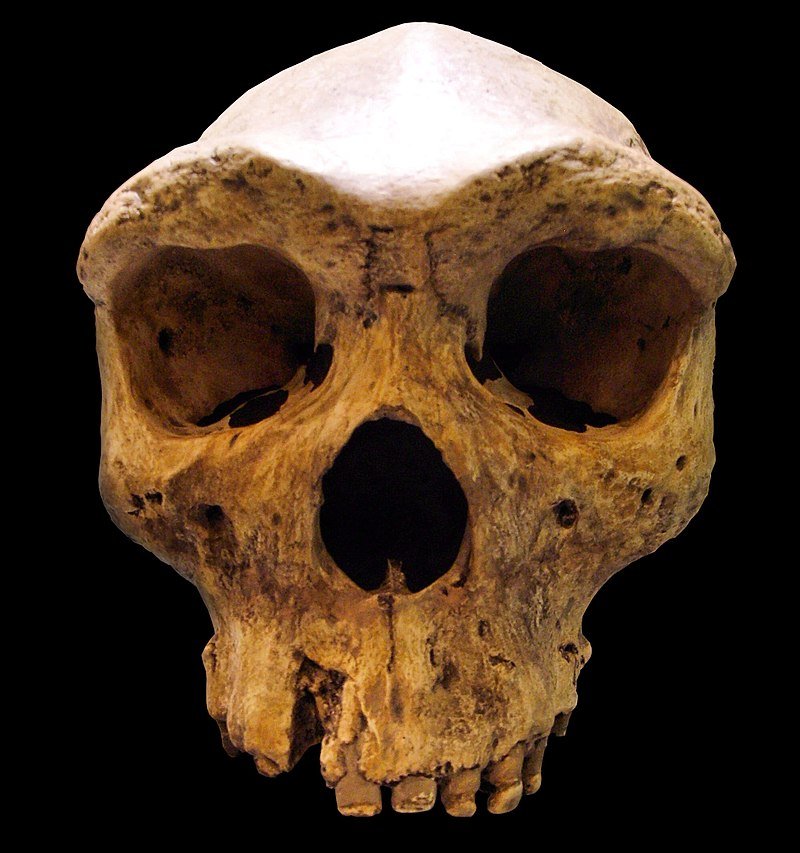 Replica of the Broken Hill Skull

UNESCO’s Intergovernmental Committee which will listen to Zambia’s case meets at least once and no more than twice every two years to look into matters of illicit appropriation of cultural property among nations. The Committee is composed of 22 Member States of UNESCO elected by the General Conference.

At today’s hearing, Greece will present a case to recover the Parthenon Sculptures, and Turkey in the case of the Zeugma Mosaics, both against the United Kingdom.

Zambians have widely expressed their expectation of a positive outcome in a hashtag and campaign called #BringBackBrokenHillMan.

The museum scene in #BlackPanther evoked such rage in me because all I had on my mind was our Broken Hill Man skull sitting in a glass casing somewhere in the UK. #BringBackBrokenHillMan https://t.co/HAg1LRjCIA

Shout out to the people who’ve BEEN passionate about #BringBackBrokenHillMan for ages. ???

I don’t know why Britain is still holding on to his skull. #BringBackBrokenHillMan, we want to mourn our ancestor