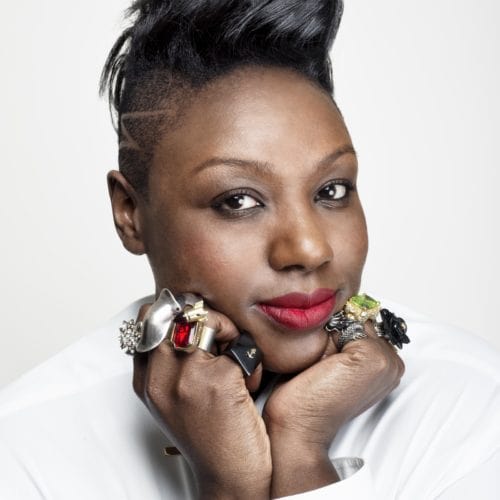 Guided by the principle she refers to as “The Democratization of Luxury”, Mimi Plange creates clothes that are very much inspired by the modern American luxury sportswear tradition, with an infusion of dark romance and aimed at the new, international and democratically-minded luxury consumer. Africa remains a limitless font of inspiration for the Ghanaian-born designer, who
constantly seeks out the unusual and the lyrical found in African traditions, landscapes and lore, and reinterprets these themes in a refreshingly modern way.

“It’s about establishing a new point of view in luxury by capturing the creativity of ancient African civilizations,” says Plange.

Mimi Plange launched her own ready-to-wear label in 2010, after a decade working in the New York fashion industry. She is a graduate of the San Francisco Fashion Institute of Design and Merchandising, and holds a degree in Architecture from the University of California at Berkeley. She has received acclaim for her work in the fashion industry, winning such accolades as International Emerging Designer of the Year in 2011 at the Mercedes-Benz Africa Fashion Week held in South Africa. The year after, she was named Designer of the Year. She was also won Mayor Bloomberg’s Design Entrepreneurs Award in New York in 2012.