Renowned Hollywood actress Angelina Jolie arrived in Kenya Tuesday to participate in this year’s World Refugee Day celebrations that were held in Nairobi.

The 40-year-old superstar interacted with at least 200 refugee girls who are mostly survivors of sexual violence and are now living in the Heshima Kenya Safe House.

Jolie was personally touched by the story of one girl who said in her speech that she is the same age as Jolie’s eldest son yet she is already a Mother to a child born of rape, reports the Daily Nation. 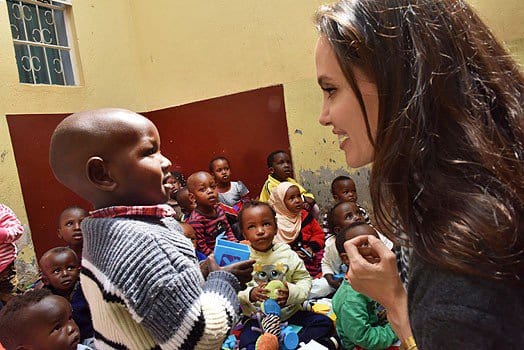 “Over half of all refugees and displaced people worldwide are women and children. How we treat them is a measure of our humanity as nations,” she said.

Traveling to Kenya as a UNHCR special envoy, Jolie later addressed the International Peace Support Training Center in Nairobi and observed a training session for military and police personnel involved in UN- and- African-peacekeeping operations.

“If civilians do not have confidence in you as peacekeepers, your mission will not succeed,” Jolie said.

“On behalf of victims of sexual violence, I want to plead with all of you to take this issue seriously and personally, to use your position and your influence to spread this message on all the missions on which you serve.”

This is Jolie’s third visit to Kenya, which is currently hosting 491,000 refugees from neighboring countries such as Somalia, South Sudan, Burundi, and DR Congo. A huge number of these refugees live in different Kenyan urban centers, where they survive on handouts from UNHCR and well-wishers.

Jolie, who left Kenya on Wednesday, thanked Kenyans for giving their desperate neighbors a safe refuge. She, however, didn’t comment on the recent repatriation of Somali refugees from Daadab Camp by the Kenyan government. 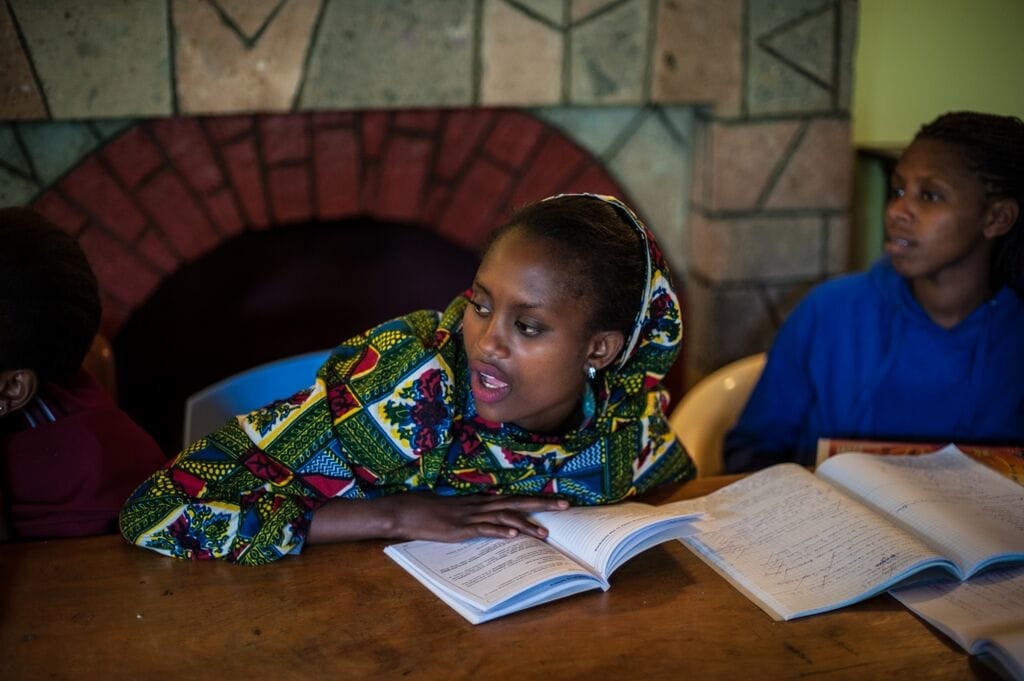 Heshima Kenya Safe House is currently running a special program dubbed “Girls’ Empowerment Project,” which provides about 200 refugee girls with education and training in various courses to enable them to become self-reliant.

The Safe House also focuses on helping refugees fully integrate in to Kenyan society, especially those who are not able to return to their countries of origin. UNHCR has also taken up this initiative and is working with its partners in international talks aimed at forging a new Global Compact on Refugees next year.

“When I see them, I don’t see refugees. I see human beings who are suffering not out of choice but because of circumstances beyond their control,” says Benedict who is overseeing the Heshima Kenya program.

The program is restoring dignity to refugees by giving them a chance to be self-reliant and become taxpayers, employers, and consumers with purchasing power.