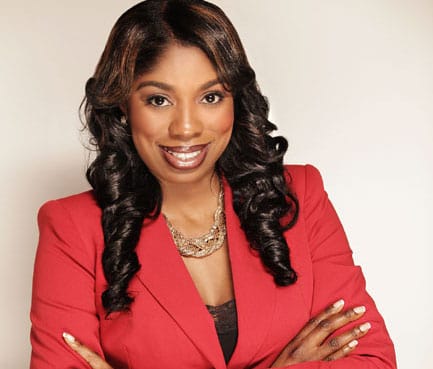 An award-winning researcher, Dr. Osefo is an influential voice in politics and social justice and a highly sought after political commentator and strategist. Wendy is a Professor of Education at The Johns Hopkins University, and the Founder and CEO of The 1954 Equity Project, LLC. The 1954 Equity Project provides tools, mentorship, and resources for underrepresented minorities to thrive in higher education.

Prior to joining the faculty at Johns Hopkins University, Dr. Osefo served as the Director of Family and Community Engagement for the Obama Administration’s Antipoverty Initiative and the signature program for the White House Neighborhood Revitalization Initiative, DC Promise Neighborhood (DCPNI). In addition to her extensive policy experience, Dr. Osefo regularly provides political commentary and analysis, with appearances on national networks including ABC, MSNBC, Fox News, and Fox Business. .

Wendy Osefo will be moderating the Fashion and Entertainment panel.

To register for the forum or the Pan-African Weekend, visit www.panafricanweekend.com.