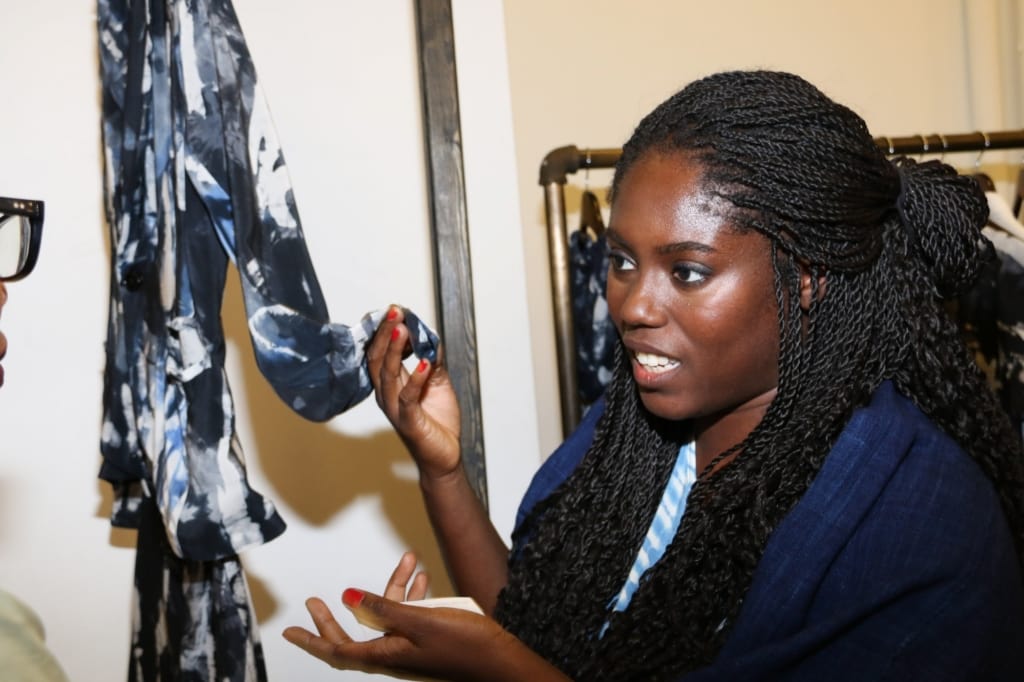 Abrima Erwiah is a luxury fashion and international development expert. Erwiah is the former Global Associate Communications and Marketing Director for Bottega Veneta, a luxury-goods company under Kering (a former PPR/Gucci Group) where she stayed for nearly a decade. In addition, she has held positions at Hermes/John Lobb, Bureau Betak and Cesare Paciotti.

Currently, Abrima is the Co-founder and President of Studio One Eighty Nine, a social enterprise launched in February 2013 with actress and activist, Rosario Dawson. Studio One Eighty Nine aims to provide a platform to help promote and curate African and African-inspired content and brands through worldwide distribution and manufacturing of a private artisan-produced collection, as well as through their support of other brands. They focus on empowerment, creating jobs and supporting education and skills training. Their hope is to see fashion in Ghana and Africa grow and be recognized as a multi-billion-dollar industry as it is in the UK, the US.

Abrima is also the Co-founder of Fashion Rising Foundation and a founding member of the Ethical Ghana Fashion Foundation, an organization established through the United Nations International Trade Center Ethical Fashion Initiative, the Swiss Government and the Ghana Ministry of Trade and Industries. In addition to building a factory in Ghana, Abrima manages approximately ten artisanal communities preserving traditional techniques such as Indigo, Weaving and Batiking across Ghana, Mali and Burkina Faso.  Abrima has been named a top ethical fashion and Ghanaian designer to know by Vogue. Abrima’s work has been praised and featured around the world, including at the Vogue Fashion Dubai Experience. Abrima is also known for her humanitarian work, where she partners with organizations, such as the United Nations Trade Center Alliance 4 Action Women in Trade Program, that are making impact in various industries around the world.