In 2014, the then 19-year-old Nigerian entrepreneur Chris Kwekowe co-founded Slatecube, a company that aims to combat unemployment with emphasis on talent management and skills.

Students and recent graduates sign on to Slatecube where they are able to learn skills by snagging virtual internships at ICT firms. The experience they gain offer a lucrative advantage in Nigeria’s job market. 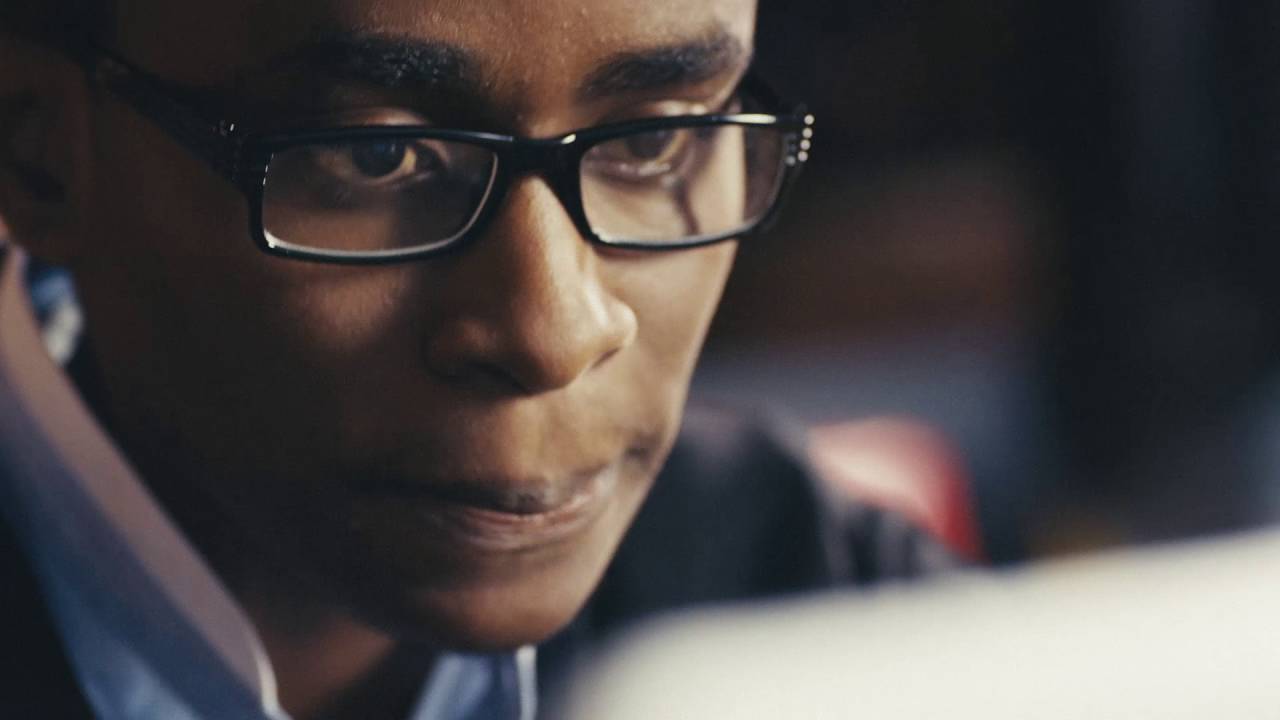 It is an extraordinary feat but that is not the only intriguing aspect. Kwekowe boldly rejected a job offer from Microsoft in pursuit of something bigger, according to The Tony Elumelu Foundation. 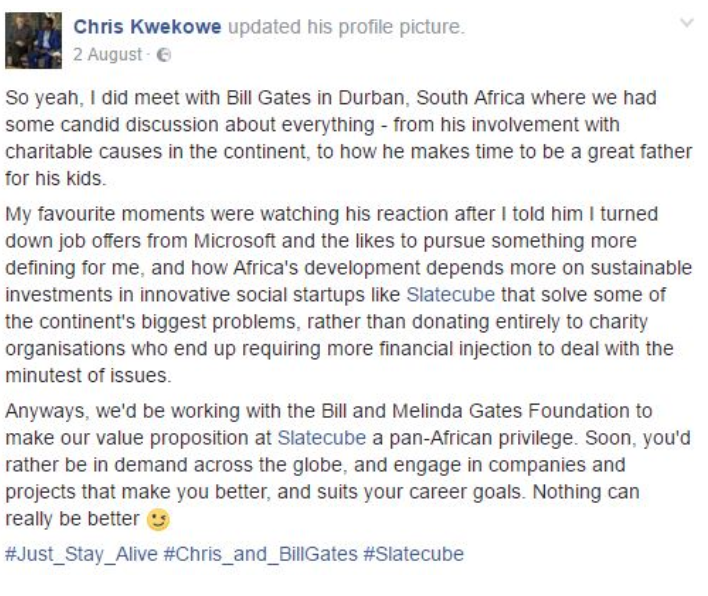 Kwekowe revealed in a Facebook post, “So yeah, I did meet with Bill Gates in Durban, South Africa where we had some candid discussion about everything – from his involvement with charitable causes in the continent, to how he makes time to be a great father for his kids.”

He continued, “My favourite moments were watching his reaction after I told him I turned down job offers from Microsoft and the likes to pursue something more defining for me, and how Africa’s development depends more on sustainable investments in innovative social startups like Slatecube that solve some of the continent’s biggest problems, rather than donating entirely to charity organisations who end up requiring more financial injection to deal with the minutest of issues.”

Slatecube also works with schools and organisations to create, host and formulate virtual learning opportunities and training programs.  It is comprised of 11 employees including Kwekowe and 100 volunteers who reside all over the globe. 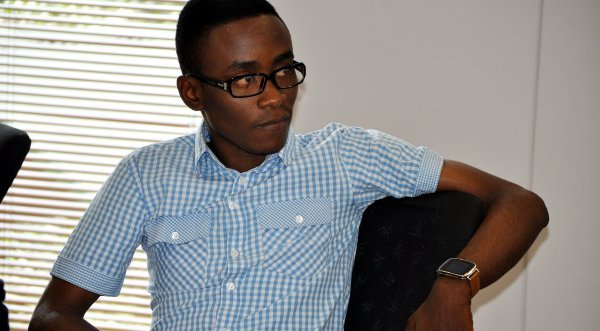 The company is said to have an 80 percent employment rate for its users. It has also reportedly saved companies $100,000 in hiring efficiently trained employees, according to Ventures Africa.

In 2011, Kwekowe got his feet wet in the tech industry by interning at the Yookos Micro Blogging where he assisted in the development of a high-response registration and activation system for employees at Yookos.

Kwekowe also founded Microbold, a company that aims to provide business and technology solutions for large business firms and small and medium-sized enterprises.

Kwekowe was born on January 12, 1993, in Benin City, Nigeria, where he also received his primary education. In 2012, he was awarded as the most innovative teenager.

Kwekowe earned a computer science degree from Nnamdi Azikiwe University in 2015 after declining to study biochemistry at Ogun-State.

He has six additional certifications including the Disciplined Entrepreneurship Framework certificate from the Massachusetts Institute of Technology.

Kwekowe has also been bestowed with the 2015 Anzisha Prize and the Award of Excellence in Service.

Kwekowe is fluent in Yoruba and Igbo and currently resides in Cape Town, South Africa serving as the CEO of Slatecube.