Ice hockey isn’t exactly the first, second or third sporting activity that comes to mind when one tries to put Africa and sports in one school of thought but the sport is generally taken seriously in many parts of the continent. What is interesting is knowing that even though temperatures are high, there are a few countries dedicated to ice hockey. They include Libya, Egypt, Morocco, Tunisia, Algeria and South Africa.

In sunny Kenya, an ice hockey team, the Kenya Ice Lions defy the weather odds and practise the sport in the only ice rink in Eastern and Central Africa with the hopes of playing professional ice hockey and competing in the Winter Olympics. Due to the unpopularity of ice hockey, the team has pushed on this far through passion and self-motivation.

The Kenya Ice Lions was started by a group of Kenyan men who developed a genuine interest after following it for several months. Wanting to be able to move and play like the teams they watched mostly on YouTube, they took advantage of the ice rink in Nairobi and met religiously to practice until they gained attention and were helped to start an official team.

Since then, the team members who live in different parts of Nairobi meet once a week to practice. But the main challenge for the team is the fact that their hockey team is the only one in Kenya making it impossible to play against a proper team.

The hopeful team are fervently eyeing qualifications into the 2018 Winter Olympics where they hope to make history, create more awareness of the sport in Africa and spark more interest for the sport’s development in the continent. 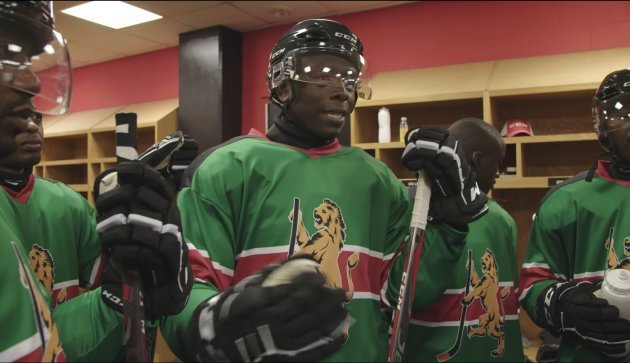 All hopes are high that the team will qualify and make history and walk in the path of Philip Boit who represented Kenya in cross-country skiing in three Winter Olympic games.

Over the past few months, the Kenyan ice hockey team have enjoyed the limelight and were recently sponsored by Tim Horton fast food restaurant to visit Canada, the home of ice hockey, and for the first time, play against a proper team.

Through the Tim Horton sponsored trip, the team met and played against their favourite hockey stars to inspire and encourage them and ignite a passion to work harder and qualify for the Winter Olympics. The Kenyan team has already inspired the creation of Nairobi Ice Lions, an all-female ice hockey team. 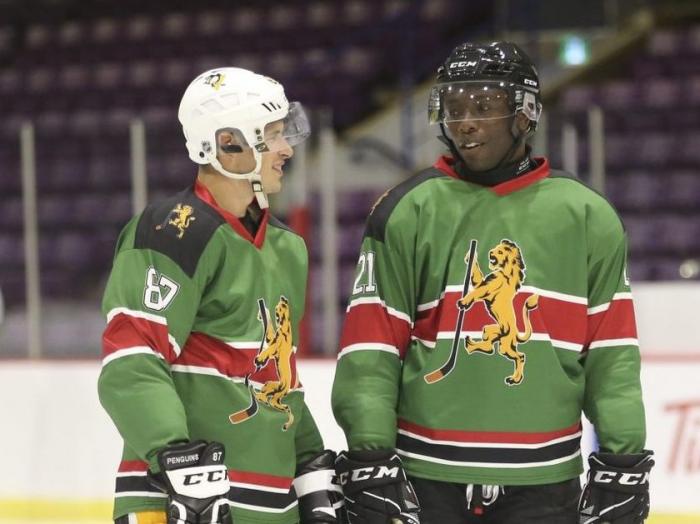 In 2016, the first African Ice Hockey Cup was held in Morocco featuring 6 teams with Kenya being one of them and Tunisia winning the cup. The event was put together to attract an audience and diversify the sport that gained all the attention in Africa.

If the Kenyan team qualifies and participates in the Winter Olympics, they will be the only African country to do so and might be on their way to kicking South Africa off the number one seat when it comes to the sport in Africa.

Since 1937, South Africa has had an ice hockey team with much more support and funding than Kenya. In 1961, they played in the World Ice Hockey Championships.

Ice hockey does have a following and growth in Africa and it’s safe to say the Kenya Ice Lions are on a mission to make it more popular and significant.