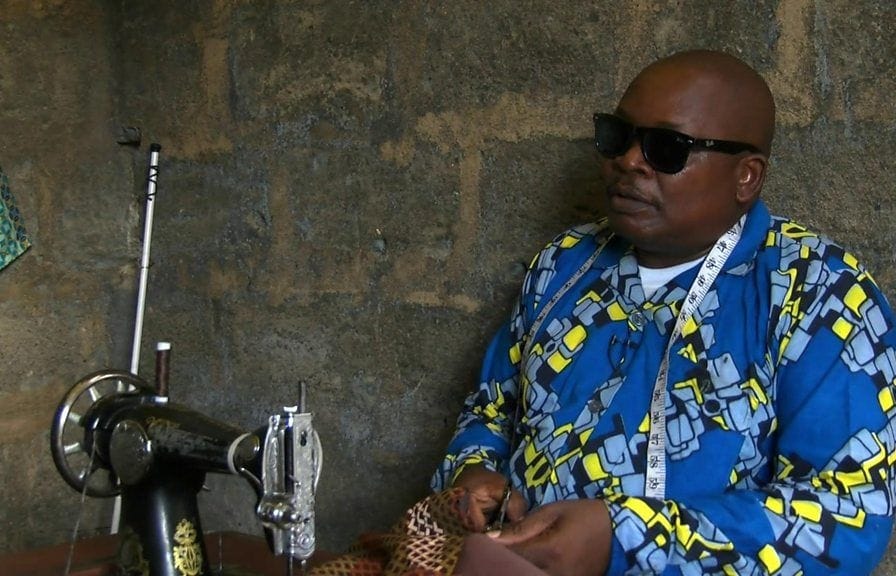 This blind 56-year-old Tanzanian man has been inspiring many around the world with the remarkable career he has enjoyed as a tailor.

Nyangalio, an independent tailor in Mbagala, Dar es Salaam, lost his sight in 1989 from complications resulting from high blood pressure. It was a big blow to the young man who was barely into his thirties. A kind Russian doctor that Abdallah consulted with couldn’t restore his sight but offered to teach him how to sew.

Abdallah took up the offer and applied himself diligently to his new skill. Within three months he had picked up a significant level of proficiency and he felt confident enough to sew himself clothes. His early attempts at sewing, however, did not come without some hard and painful lessons. Nyangalio would sometimes not get the right measurements and he even once slit his hand badly. He now measures clothes simply by feeling the size of the customer’s palm.

Over the years, Abdallah has perfected his craft and boasts a roll call of clients that include former Tanzanian President, Jakaya Kikwete and several members of parliament. Abdallah now spends his free hours mentoring and passing his skills to other young and visually impaired people in Dar es Salaam.