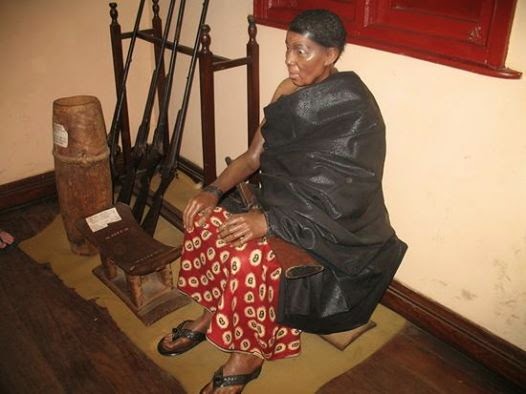 The queen mother of Edweso (Ejisu) who heroically fought against British colonizers until she was exiled was married to Owusu Kwabena of Kantinkyiren near Trede. He was a paternal grandson of Asantehene Osei Yaw (1824–33). They produced only one child, a daughter called Ama Sewaa Brakatu (or Ama Sewaa Boankra, named after the Edweso village where her mother farmed and gave birth to her). Yaa Asantewaa, according to history, led the Ashanti-British “War of the Golden Stool” with an army of 5,000 men. The war came about after the British had demanded the Golden Stool – a dynastic symbol of the Ashanti empire, in exchange for the then Asantehene, King Prempeh I. She further used her oratory skills to inspire village chiefs to fight against the colonialists.