Millie and Christine McKoy were conjoined twins born in Columbus County, North Carolina on July 11, 1851, to slave parents Jacob and Monemia, who were owned by blacksmith Jabez McKay.

From the moment of their birth, the McKoy twins become objects of curiosity and inspection. The sisters were connected at the lower spine and shared one pelvis, but each sister had two arms and two legs of her own. In their adulthood, they referred to themselves as a singular person, Millie-Christine. 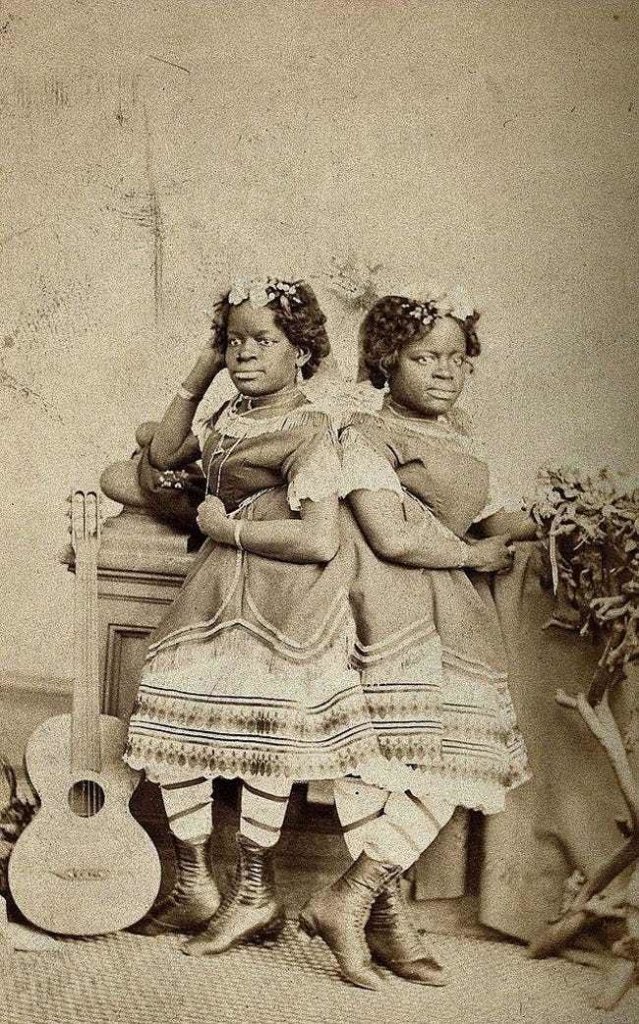 Their owner reportedly sold the twins for $1000 to a showman interested in showcasing them in freak show circuses. They eventually landed in the possession of another man believed to be a wealthy merchant, Joseph Pearson Smith. Under Smith’s possession, the girls were sometimes known as Millie and Christine Smith.

Their owner hired them out to various road shows, where they were billed as “The Carolina Twins”, “The 8th Wonder of the World” and “Double-headed girl”. 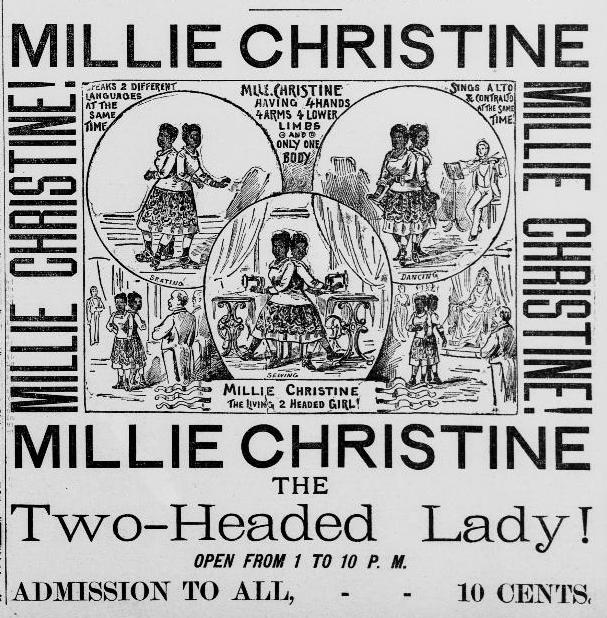 In 1854, P.T. Barnum’s American Museum in New York exhibited the then 3-year-old twins. It was during that same year when a showman charged with exhibiting the sisters stole them away from Smith and took them away where they were privately exhibited to scientific bodies and examined by physicians.

After being exhibited for nearly three years away from their ‘legal’ owner, the twins were once again sold off to another showman who exhibited them in a museum in Philadelphia. Before too long, they were moved to England.

Smith, together with the twins’ mother, Monemia, embarked on a journey to retrieve the girls and eventually found them on exhibition in Birmingham, England. Smith sued to regain custody of the twins.

During the legal process, their kidnappers hired a coloured woman to testify upon oath that she was the twins’ mother. However, Smith and Monemia won the suit and returned with the sisters to North Carolina.

The sisters learned to read, write, dance, speak several languages as well as play the piano. The girls developed impressive singing abilities and their singing prowess soon became the focal point of their careers.

After the 1863 Emancipation Proclamation ended their slave status, Millie and Christine were no longer anyone’s property but they decided to stay with the Smiths and continued to work at the circus as a singing duo, and no longer sideshow attractions.

The girls started to gain a remarkable reputation. Due to their shared body, they were considered one person, and often referred to themselves as ‘I’ rather than ‘we’. They also called themselves Millie-Christine, a girl with two heads, four arms and four legs. They travelled the world as “The Two-Headed Nightingale.” 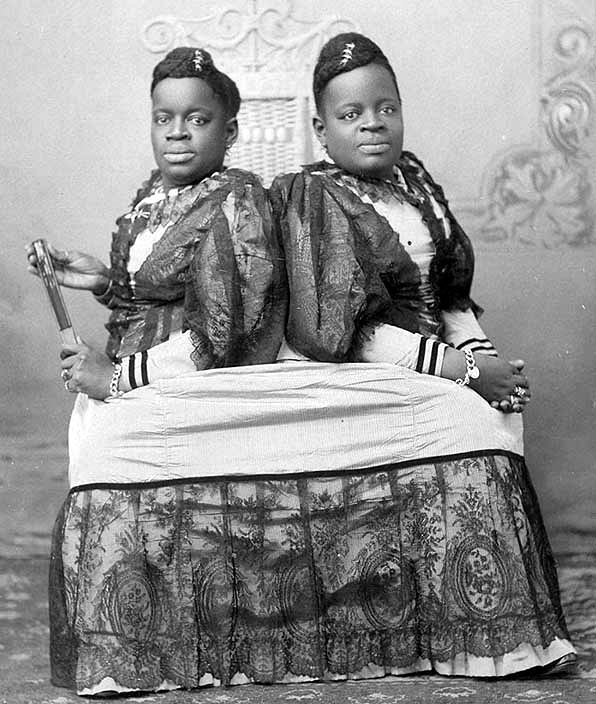 The McKoy sisters continued to draw huge crowds and published their autobiography in 1869, in which the sisters expressed how they felt about their identity:

“Although we speak of ourselves in the plural we feel as but one person; in fact, as such we have ever been regarded, although we bear the names Millie and Christine. One thing is certain; we would not wish to be severed, even if science could effect a separation. We are contented with our lot, and are happy as the day is long. We have but one heart, one feeling in common, one desire, one purpose.”

One of their songs also conveyed a good idea of their feelings:

It’s not modest of one’s self to speak,

But daily scanned from head to feet

I freely talk of everything

Some persons say I must be two,

The doctors say this is not true;

Some cry out humbug, till they see,

When they say, great mystery!

All in one perfect body meet;

I am most wonderfully made,

All scientific men have said.

None such perhaps will ever live,

A marvel to myself am I,

As well to all who passes by.

I’m happy, quite, because I’m good;

I love my Savior and my God.

I love all things that God has done,

Whether I’m created two or one

The duo continued to perform widely, and in 1871 they again travelled to England, where they were invited to Buckingham Palace to perform for Queen Victoria.

They reportedly earned $600 a week through their performances around the world, which enabled the sisters to buy property and build a house where they lived between tours. 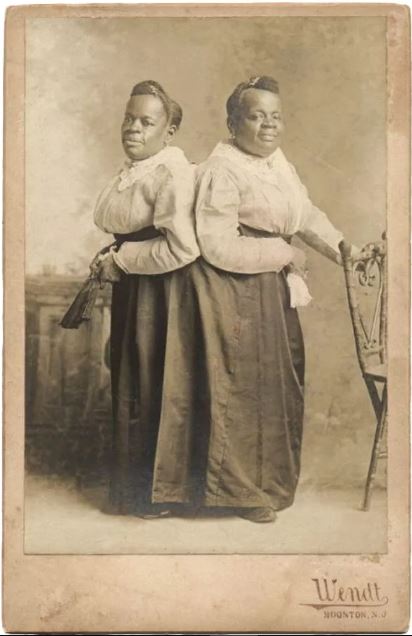 In the 1880s, the sisters travelled the world with Barnum’s circus, but they retired to Columbus County in North Carolina at the end of the decade and continued doing charity work for Black schools and churches.

On October 8, 1912, Millie and Christine died at age 61 of tuberculosis; Christine outlived her sister for more than ten hours. They were buried in an unmarked grave but were moved to a cemetery in 1969.