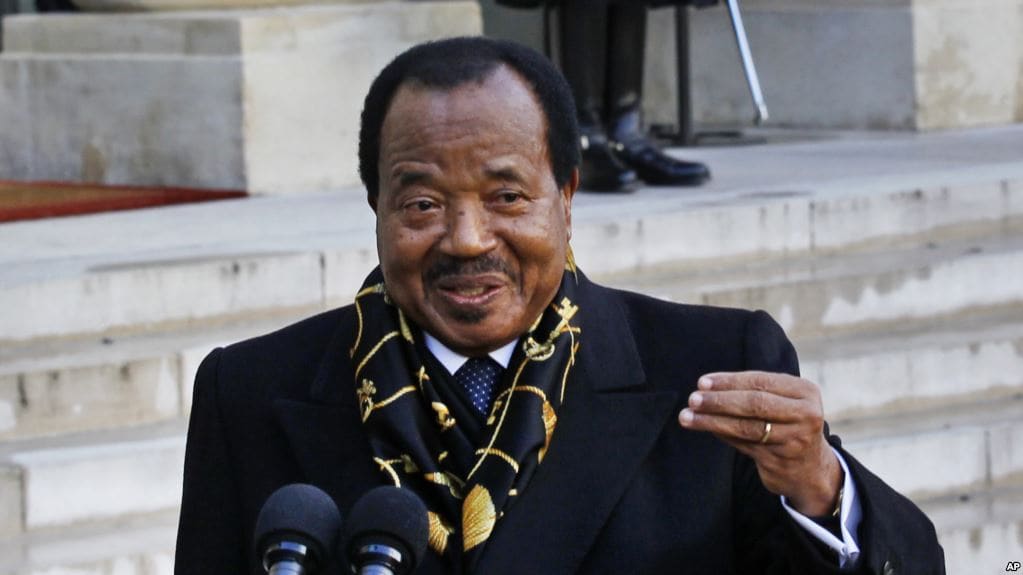 Commonly referred to as one of the longest-serving dictators in Africa, Paul Biya has been the President of Cameroon since 1982 when his predecessor tendered a surprise resignation letter. Biya is alleged to have staged a fake attempted coup in 1983 with the intention of eliminating his enemies. Following the introduction of multiparty politics in Cameroon in the early 1990s, Biya narrowly won the 1992 presidential election. But opposition leaders and regional election observers have often accused the 84-year-old President of electoral fraud. Biya’s 35-year reign is currently being challenged by a section of the population, which accuses his administration of marginalization.