On the 100th anniversary of the Armistice Day, leaders converged in France for the Paris Peace Forum, which aims to show the importance of international cooperation in tackling global challenges and ensuring durable peace.

Starting off on November 11 to November 13, the forum brought together leaders from all over the world including 17 African leaders to discuss issues including immigration, peace and security, environment, development, new technologies and inclusive economy. 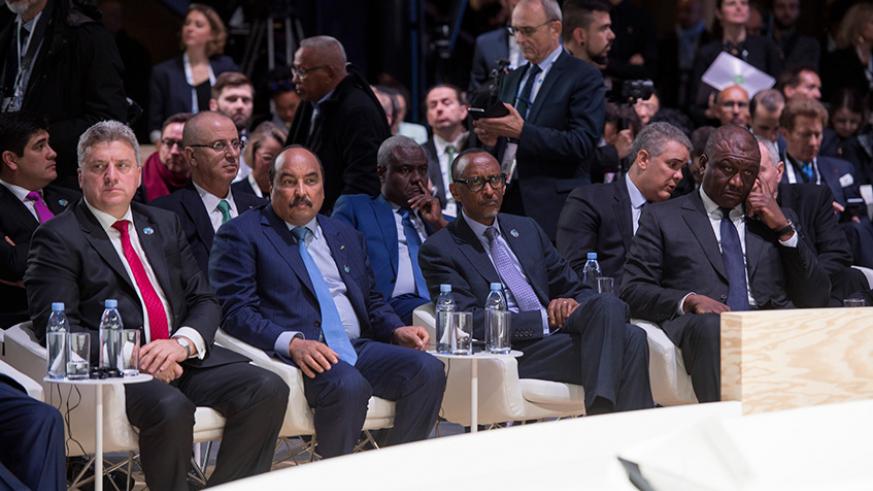 Also in attendance are African Union Commission chairperson Moussa Faki Mahamat and United Nations chair, Antonio Guterres, who asked the world to reflect on events that could be prevented through international cooperation.

As a forum to remind nations on the ‘call to action’, many  African leaders may benefit from the discussions as they are grappling with conflicts in their backyards.

In Nigeria, Buhari is tackling with both Boko Haram and the herder-farmer crisis in Plateau State. The crisis led to at least 200 murders from January 2018. Thousands of people have also been displaced in Touadera’s Central African Republic following civil strife, with minimal humanitarian assistance as of 2018.  The political crisis in Libya will also be a point under discussion.

For other African countries represented by leaders at the forum, the issue of immigration, which has been a thorn on the side for European countries.

The forum also comes at a time when the status of democracy in the world is under threat, with many leaders such as Germany’s Angela Merkel and France’s Emmanuel Macron warning against nationalism and isolation.