Egyptian authorities have announced the discovery of a new pyramid near the capital, Cairo.

Antiques Department senior official Mahmoud Afifi said in a statement that the find dates back to the 13th Pharaonic dynasty some 3,700 years ago, according to the Huffington Post.

An excavation team discovered the find, which is located close to the Bent Pyramid of King Sneferu in Dahshuhr’s royal necropolis, 30km (18miles) south of the capital Cairo.

Experts believe the pyramid was one of ancient Egypt’s earliest attempts to build a smooth-sided pyramid.

The Antiques Ministry says all parts of the pyramid, which includes a corridor and an alabaster tablet engraved with 10 vertical hieroglyphic lines, are in good condition.

The head of Dahshur necropolis, Adel Okasha, said the newly discovered remains could belong to the inside of the Bent Pyramid and will have a unique role in providing insight in to the design of the structure’s interior.

Okasha added that there was a room on the western side of the site and a corridor leading to the inside of the pyramid and a hall leading to a southern ramp.

Researchers say they plan to carry out further excavation around the site and study the hieroglyphic writings on the block. 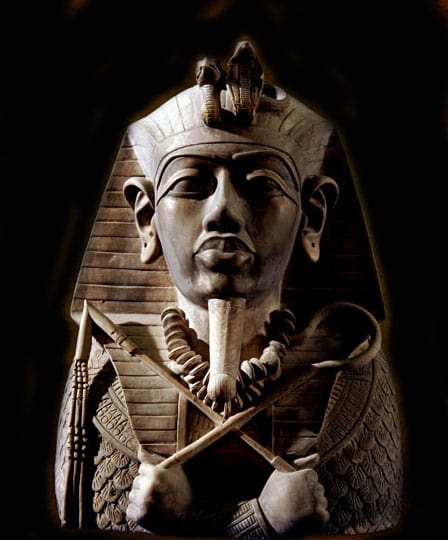 The discovery of the pyramid comes on the back of the recent unearthing of a plank of wood believed to be from the boat of ancient Egyptian King Khufu last week and the discovery of a giant 3,000-year-old statue believed to depict Ramses II by a team of archaeologists in Cairo suburb in March.

The 30-feet-tall statue, which was excavated by a team of archaeologists from Egypt and Germany, was hailed by Egypt’s Interior Ministry as one of its most important archaeological discoveries.