A giant 3,000-year-old statue believed to depict Ramses II has been discovered by a team of archaeologists in Cairo, Egypt.

The Egyptian Ministry of Antiquities has described the find as “one of [its] most important archaeological discoveries,” according to CNN. The team of archaeologists from Egypt and Germany led the excavation that unearthed the nearly 30-foot-tall statue Thursday in Matariya, a working-class neighborhood in Cairo.

The leader of the German team of archaeologists from the University of Leipzig, Dietrich Raue, told reporters that excavation works in the area began in 2012.

“It was in an area that was almost completely investigated,” Raue explains.

The team had found basalt bases in the dilapidated courtyard but nothing more substantial. “We thought [the pit] would be empty without any features… so that was a great surprise.” 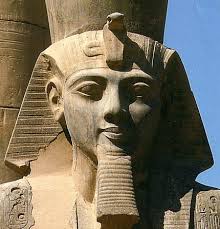 There are no inscriptions on the statue, which is broken into several pieces, to help identify it, but the experts believe it belongs to Ramses II, also known as Ozymandias who ruled Egypt more than 3,000 years ago.

Excavation is ongoing, and so far, archaeologists have recovered the head and torso of the statue. They say they hope to carry out extensive reconstruction work on it using fragments retrieved. 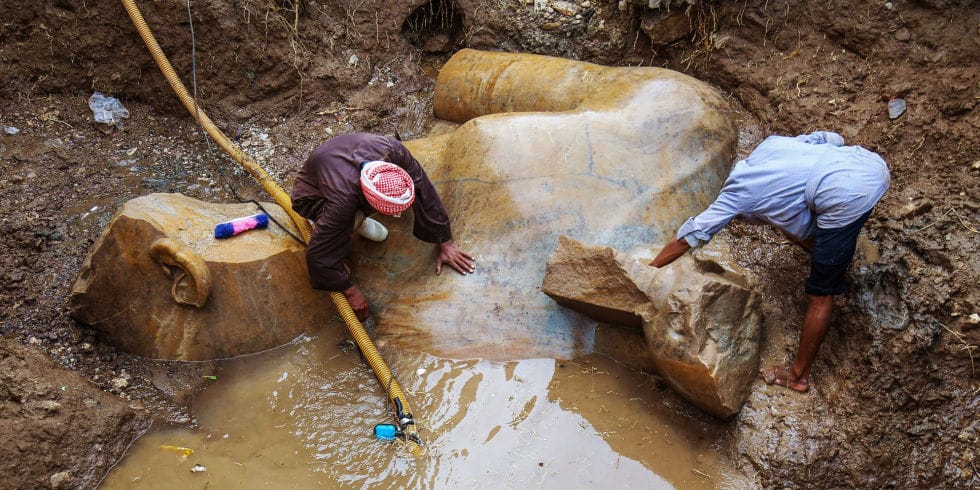 Evidence suggests that the discovery of the statue near the ruins of a temple dedicated to Ramses II in the ancient city of Heliopolis in what is modern-day eastern Cairo makes him the most likely subject. 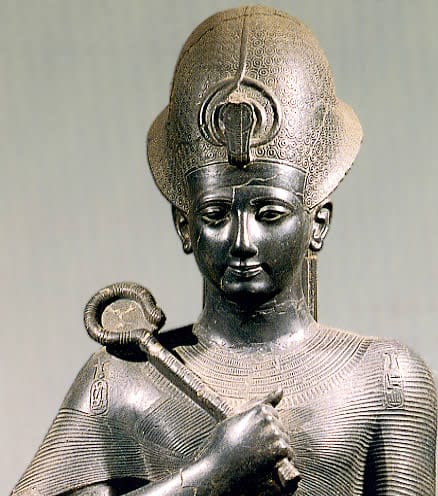 Ramses II, is a legendary figure from Egypt’s 19th dynasty who was referred to as the “Great Ancestor” by his descendants. He ruled for 66 years from 1279 to 1213 B.C., and through his successful military campaigns, he extended his kingdom from Nubia in modern-day Sudan to Syria.

Egypt’s Minister of Antiquities Khaled al-Anani who was on site as the archaeologists unveiled their find told reporters, “Last Tuesday, they called me to announce the big discovery of a colossus of a king, most probably Ramses II, made out of quartzite.”

Also speaking, Dr. Salima Ikram, an archaeologist and professor of Egyptology at the American University in Cairo, described the new find as “spectacular” and “astonishing.”

Authorities say when excavation is complete, the statue will be moved to the Grand Egyptian Museum in Giza, which is due to open in 2018.