The U.S. Attorney General Jeff Sessions has hinted at the possibility of reopening the murder case of 15-year-old Black boy Emmett Till who was murdered in Mississippi in 1955.

During his meeting with Till’s relatives last week, Sessions expressed his support for a legislation that would allow the U.S. Justice Department to reopen civil rights cold cases before 1980, reports AL.com.

Wheeler was quick to caution the interested parties against raised expectations, though, insisting that even with the renewed efforts to review the Till case, “investigations in to historic cases are exceptionally difficult, and there may be insurmountable legal and evidentiary barriers to bringing federal charges against any remaining living persons.”

Till, a teenage boy from Chicago visiting his family in Mississippi, was been beaten to death by two White men, Roy Bryant and his half-brother J.W. Milam, for allegedly wolf-whistling at Carolyn Bryant Donham who was then married to Bryant.

His body, which had been badly disfigured, was found in the Tallahatchie River with a 75-pound cotton gin fan tied around his neck three days later. 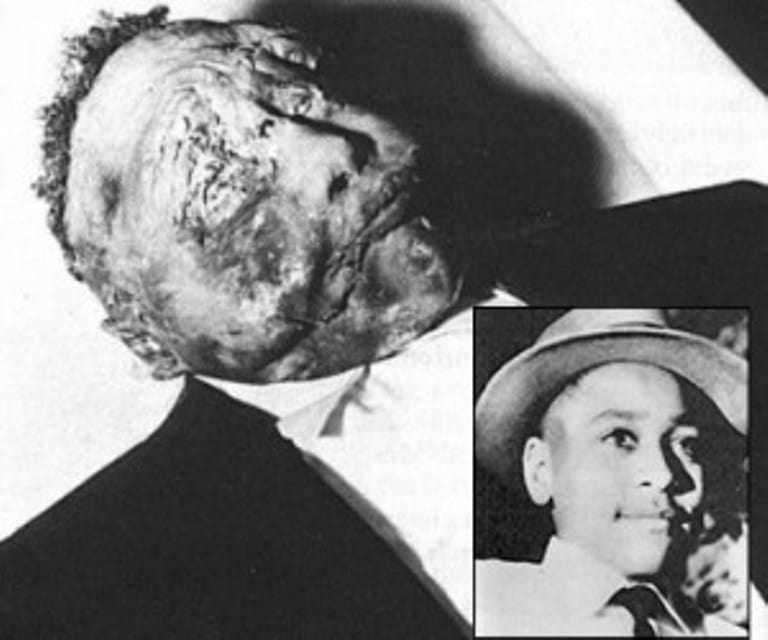 The body of Emmett Till in his casket 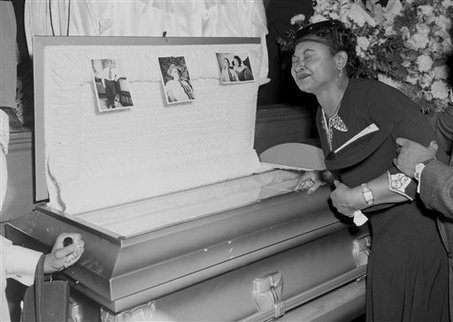 During his burial, Till’s mother, Mamie Elizabeth Till-Mobley, requested that his body be displayed in an open casket for the whole world to see the level of cruelty her son suffered at the hands of his killers.

Tragically, the two suspects, Bryant and Milam, were acquitted of all charges related to the murder by an all-White Mississippi jury, exposing the deep-rooted racial bias that existed in America.

Protected against double jeopardy, the two suspects went on to publicly confess to the murder of the young boy in an interview with Look magazine a year after they were exonerated.

In 2007, a majority-Black grand jury in Greenwood declined to indict Carolyn Bryant for charges ranging from aiding and abetting murder to accessory after the fact, forcing the Federal Bureau of Investigation (FBI) to drop the case, which it had reopened in 2004.

In January this year, author Timoty Tyson released details of his interview with Mrs. Bryant back in 2008, when she admitted to lying on Till and in her testimony.

During the murder trial, Mrs. Bryant sensationally claimed that the boy had touched her inappropriately.

Till’s brutal murder played a crucial role in the rise of the Civil Rights Movement in America, including the Montgomery Bus Boycott in Alabama.

In 2002, an Emmett Till Memorial Commission was established to foster racial harmony and reconciliation.