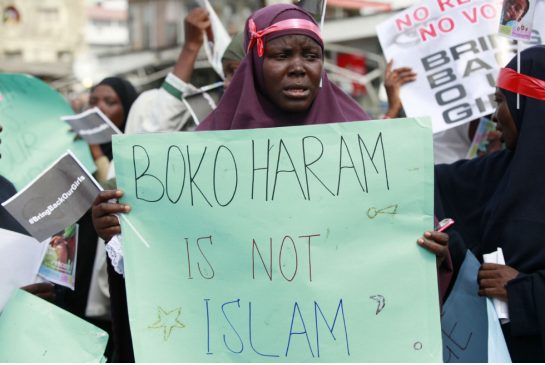 What are leaders doing about it? Is enough attention being given to it?
At the continental level, the African Union (AU) has put a number of legal frameworks, conventions and protocols in place to combat terrorism. The AU has also been deliberating on ways to really tackle the problem frontally, but not much has been accomplished.

There have been several steps taken to address the problem at the regional level as well. For instance, in February 2013, ECOWAS launched its Counter-Terrorism Strategy and Implementation Plan to reduce terrorism in West Africa and implement a larger-scale counter terrorism plan in the region.

Again, the implementation is yet to fully take off. According to an officer of ECOWAS, the member states are still at the collaborative intelligence gathering stage. Some progress has occurred, however, including a two-day awareness raising and reporting workshop organized in Abuja last week for 50 journalists and other civil society representatives from ECOWAS member states.

Nationally, different countries are responding to the need to combat terrorism frontally and through the legal system. Since terrorism is relatively a new phenomenon to some extent in Africa, most countries in the continent had no laws expressing dealing with the terrorist acts before now, but all that is changing. In Nigeria, for example, the Terrorism (Prevention) Act was passed in 2011 to close the legal lacuna.

What can we (general populace) do about it?
An often-used phrase in response to this question states, “Terrorists are no ghost. They are our brothers and sisters who live amongst us.” So people are advised to blow the whistle and report any suspicious movement of such people in their vicinity instead of sympathizing with them.

Community policing has also been recommended by some experts. Widely regarded as the best form of policing, the people are fully involved in securing their neighbourhood themselves by being on the alert.

In addition, the family – the bedrock of any society – has been suggested as major game-changer in fight against terrorism. Parents have been advised to watch their children closely – the friends they keep, the message the listen to, the types of books they read and television programmes they watch and so on – in order to detect any form of strange behaviour early enough and take appropriate measures.

Above all, media and civil society groups should work to promote adequate sensitization and awareness among the general populace about the activities of terrorists.

Next: Where do we go from here?