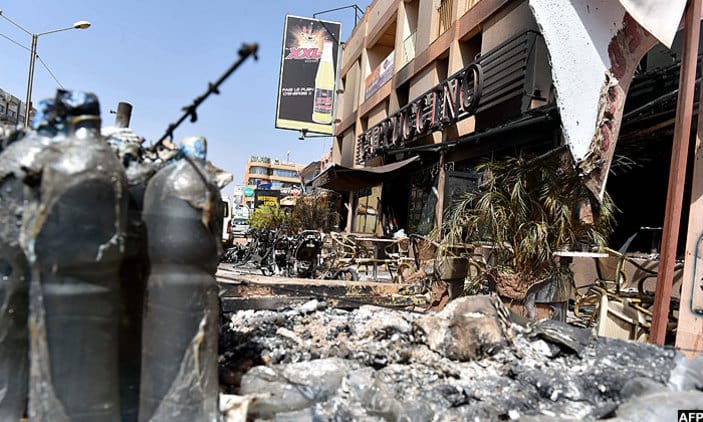 What is it about Africa that has given grounds to the emergence of these new terrorist groups?
A battalion of unrepentant global terror groups, including ISIS and al-Qaeda and others are responsible for terrorism’s cancerous spread across the African continent. Their tendency to coalesce with local insurgent organizations further endangers a region that is already grappling with a plethora of threats and troubles.

In West Africa alone, countries affected by terrorism include Niger, Nigeria, Mali, Senegal, Ghana, Burkina Faso, Guinea, and Mauritania Islamic State. In North Africa, the story is not different; evidence abounds that terrorist groups in Libya had been in contact with al-Qaeda in the Islamic Maghreb (AQIM), a group that forms part of the Islamist coalition in Mali.

According to security experts, it is much easier to radicalize people in some of these countries due to the high level of poverty and lack of social security, especially for their teeming populations of young people. Moreover, such countries also serve as a safe haven for the global terror groups to hide, regroup and strategize for their dastardly acts.

The list of factors fueling the gale of terrorism sweeping across Africa seems endless. Incessant conflicts, political instability, collapsed states and presence of rapacious rebel groups, failure to check extremists and traffickers in the vast Sahel region, little adherence to the rule of law or regulatory policies, weak law enforcement, criminal justice institutions that are prone to chronic corruption, inequality and lack of dynamic government policies for disadvantaged communities top the list.

Linda-Ann Akanou, an Africa fellow at Young Professionals in Foreign Policy, aptly captures the situation, saying: “The economic and socio-political fragility of the region provides groups like Boko Haram a favourable environment in which to grow stronger and more influential than ever.”

What threats does this pose for Africa?
Aside from its devastating effects on peace and security, terrorism portends grave danger and challenge to Africa and the entire international community. Nigeria’s Minister of Foreign Affairs Aminu Wali, said that “terrorism now poses the main threat” for some countries in Africa.

As a result of the increasing wave of terrorism on the African continent, the region is now being branded with an image of instability and increasing risk to foreign direct investment (FDI). It is also affecting the utilization of donations and financial support the continent is getting; aid from development partners for other areas of need are being expended on security concerns and the aftermath of terrorism. Consequently, development and economic growth is further stifled in Africa.

Next: What is being done to eliminate terrorism in Africa?