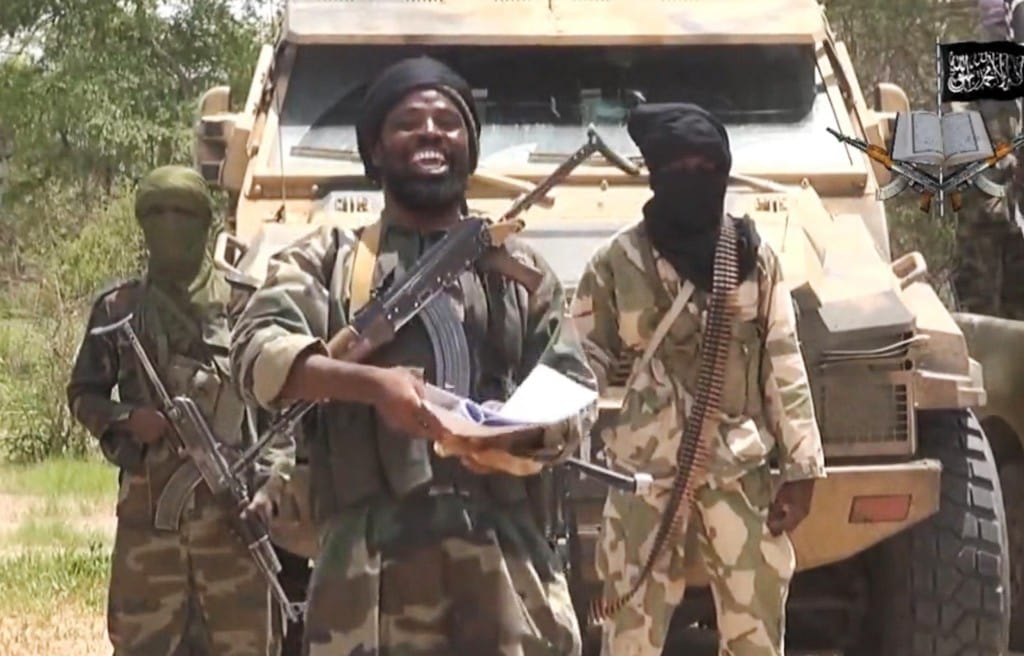 The Nigerian separatist group Boko Haram (pictured) is often packaged as something new and exotic in the Western press. It, and other groups like it, are presented as manifestations of what some perceive to be a global loss of order in the developing world following the end of the Cold War.

SEE ALSO: Chaos Is Order: The Importance of Informal Politics

This conflict that in the last several years has claimed the lives of more than 13,000 people is presented as a new type of war. Being a resident of Nigeria, and for many years living and working on the African continent, I’ve often had questions about how political violence is packaged in the developing world.

The study of “new war” is refreshing, on some levels, in that there seems a willingness on the part of its leading theorists to actively interrogate, debate, and challenge the concept.

In my three-part essay, I will discuss in what ways territory matters in the era of new war. In this particular offering, though, I will explain why I ultimately reject the “new war” concept, even though its model raises important questions worth exploring.

New war is troubling as a model in that it moves policy in to a direction where the subject of study and the environment in which people live is seen as so alien a space that even a worldwide human concern, such as criminal and political violence, has to be filtered through a “new” Western lens.

Scholarship that requires such a drastic adjustment in thinking distances the theorist and practitioner from the subject. This is not “professional distance”; it is leading to the subject being dehumanized.

The creation of policies, purportedly designed to aid the global South, occurring after that debasement is not new or Post-Cold War. This is merely the same “old” imperialism repackaged (Duffield, 2001: 32).

These are not just dangerous times the new war theorists are examining; with their lens, the modern world is filled with dangerous people. It is not enough to discuss the control of territory in modern conflict without first, and more importantly, challenging the new war concept itself. Both will need to be navigated. I will engage this idea not as a theorist but as a development practitioner based on the African continent.

There is a passage in a work by Daniel Beswick and Paul Jackson that highlights the problematic way in which the discussion of conflict and security is navigated by Western scholars and policymakers.

Popular, widely supported, analysis of conflict in the developing world minimizes the humanity of the subject. The West is the standard to which all things must be judged. Other locations are by geography “other” than Western.

But somehow the global South is transformed through the new war discourse as also other than normal. It might be extreme to make a claim that the West is saying that the object of its study is other than human, but some of what is being said about the developing world by its advocates could be interpreted as such.

Universal phenomena such as war are seen as different/bizarre/unusual/
peculiar through the lens of the Western scholar, policymaker, and practitioner as the gaze is focused on the global South.

Although the Beswick and Jackson passage refers specifically to the greed versus grievance debate, it can be used to cast a wider net, including but not limited to, I a broader discussion of “new war” and crime in the developing world. The text states:

“Often forgotten in this analysis is that one thing that may be foregone in conflict is life; thus the assumption made is that poverty is so bad that the risk to one’s life is worth it” (2011).

As practitioners, we must acknowledge and constantly reference the humanity of our partners. 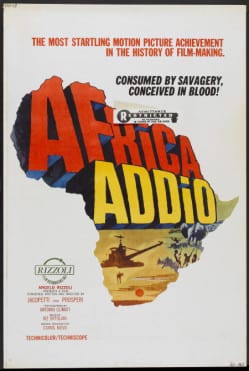 Otherwise what we are creating through new war study is an academic reframing of the infamous Italian documentary “Africa Addio” (1966, pictured).

Although the West is comfortable with this arrangement, especially when packaged as a component of the “war on terror,” it can’t then claim to be in pursuit of “best fit” rather than “best practice” when the mood suits it (Booth, 2011: 1).

New war is a throwback to a simpler time. One not directly referenced when responding to donor issued Requests for Applications. It is neither post-racial nor inclusive. Unlike many new models, it is straightforward in its presentation. It doesn’t bother pretending to be anything other than what it is: moral judgment (Reyna, 2009: 293).

These “new” post-Cold War struggles are most often portrayed as more savage, brutal, immoral, atrocious, and without the clear geographical boundaries present in earlier conflicts.

This is presented as clear evidence that a new means of scholarly analysis is necessary. Surely this new environment demands updated ways to speak of violence. The “confused rage and extreme bloodlust” of the combatants cannot fit neatly in to a traditional study of war (Munkler, 2005: 24).

In fact, according to Munkler, some of the new theorists need only focus on the act of warfare itself. Depiction of “marauding bands, the increasing frequency of massacres, and the systematic use of rape as a war measure” sans analysis of ideology, religion, ethnicity, or economics is acceptable in some academic circles (24).

The spectacle of violence is the point. The extremes on exhibit in new war study are exciting and easier to process for a public desensitized to “Third World violence.”

Some of the new war literature is no different than studying conflict in the developing world through repeated viewing of the movie “Blood Diamond” (2006). That film would be easier to understand than the global business of warfare on display in the far superior and underrated “Lord of War” (2005).

In the new landscape depicted by the new war theorists, it is widely believed that even rap and reggae can incite vicious confrontations and atrocities (Munkler, 2005: 17).

The latter argument is nothing new to anyone who has studied the “mainstream” response and critique of Black popular culture. Instead of calming the savage beast, the music under the new war model incites extreme violence.

This view is merely a “remix” of previously released material.

If a population is dehumanized as part of the policy making process, what happens to that subject is of little importance to the elite who ultimately control the creation and delivery of policy.

The construction of a study of conflict that is somehow “new” while the combatants are characterized as savage throwbacks to an age long past that makes it easier to create policies and programs without regard to root causes of conflict.

A better approach would be to:

[Forego] the unhelpful tendency to portray such groups as irrational fanatics and look instead to what factors drive people to such extremes. Benefits would include a widening of policy options beyond violence and repression (Schuurman 2010:98).

These supposedly new ways to describe and analyze developing world conflict are not so new to those who have studied, even in a cursory manner, the way violent crime is “othered” when it occurs outside of the spaces occupied by the middle class and elite.

“New” language is often created by the academy and policymakers to discuss things that are not new, especially when that discussion engages race and class (Muhammad, 2011).

The “criminalization” of the African state, while many arguments engaging the concept are useful and worthy of exploration, has resulted in the use of a wide brush of declarations on unlawful acts and the value of human life in the developing world.

Post-Cold War Africa is portrayed as a vastly different, complex environment in desperate need of rule of law in ways the West would seriously question and likely push against if applied to its own citizenry.

For example, “restrictions on hunting and the ideology of environmentalism […] justifies the death of human beings in the name of protecting endangered species” (Bayart, Ellis, and Hibou, 1997: 14).

Having lived in South Africa until recently, some in the Black community there argued that the treatment of a murderer caught in the commission of a homicide in one of the nation’s many townships would be responded to with a less sense of urgency by the state than if authorities were to catch a poacher in the act of killing a Rhino prior to it being dehorned.

In Part 2, I will discuss whether the control of territory matters and why Boko Haram has gained support in parts of northern Nigeria due to the government’s heavy handed counterterrorism response.

SEE ALSO: Nigerians in America: Shut Up, Go Home & Do Something!

Bayart, J., Ellis, S., and Hibou, B. (1998) From kleptocracy to the felonious state? The Criminalization of the State in Africa. Oxford: James Currey.