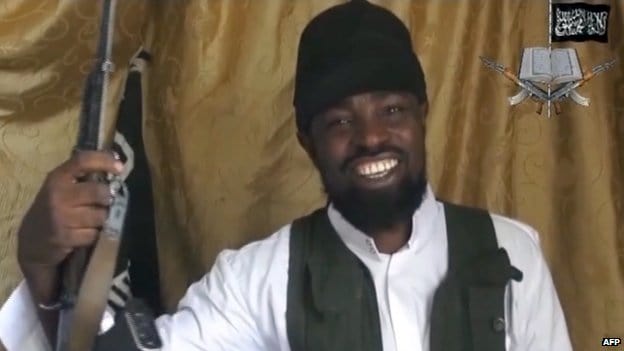 Read Part 1 here, where Face2Face Africa Contributor Christopher Johnson discusses why he rejects the New War theory and how it oversimplifies modern day terrorists, such as Boko Haram.

Does Control of Territory Matter?

If the old wars were in part about control of territory, even the creation of new states, wouldn’t the absence of that objective signify a major shift in warfare?

The new war scholars inform us that instead of creating a new state, the new combatants are more interested in disintegration, chaos, and a means to profit from a weakening of the state.

This doesn’t fit the pattern set by the old war strategists and theorists like Carl von Clausewitz or so say some of new wars advocates (Melander, Öberg and Hall, 2006: 7).

Mary Kaldor speaks to the status of territorial control in new wars:

In old wars, battle was the decisive encounter. The method of waging war consisted of capturing territory through military means. In new wars, battles are rare and territory is captured through political means, through control of the population.

A typical technique is population displacement – the forcible removal of those with a different identity or different opinions. Violence is largely directed against civilians as a way of controlling territory rather than against enemy forces (2013: 3-4).

Perhaps the above makes sense if pre-1945 Europe is largely the point of reference (Beswick and Jackson, 2011: 26). But how would we classify warfare waged against the indigenous people of the New World by European explorers and conquerors centuries ago?

What of the Armenian genocide perpetrated in the last days of the Ottoman Empire? How do we explain the Thirty Years’ War, where “small skirmishes and expeditions, plundering and extortion, ambushes and massacres” replaced the decisive battle Kaldor speaks of as a key component of old war (Munkler, 2005: 42)?

Were these isolated incidents? If so, why is it so easy to uncover them? And why are there so many of them? This style of warfare is widely written about throughout recorded history.  There’s nothing new about it.

How many more exceptions can we find in an active search of new war characteristics in old wars? Clausewitz, himself, addressed and dismissed the idea of “new war” before it ever came to be.

Clausewitz asserts that the general character of an age can have an influence on the goals pursued in war and the methods used to do so, without signifying a fundamental change in the nature of war (2010: 97).

With the above as an opening let’s use Clausewitz’s embrace of fluidity to engage the discussion of territorial claims in so-called new war.

Whether the fuel for warfare is provided in the homeland, the refugee camp, or the Western Union or Money Gram local office, resources are available to support war in a multiplicity of locations.

The times determine whether a quartermaster, NGO worker, or member of the local community feeds those determined to wage war in the open or covertly.

The control of territory is of no real value today, but this is not due to a change in the nature of warfare after the Cold War. It is a consequence of the end of colonialism and the shift toward globalization.

Changes in the international system since 1945 have helped perpetuate conditions under which state elites located in capital cities formally reign over territories and populations that they do not actually rule.

Once the United Nations Organization was created and the former European colonies in Africa, Asia, the Pacific, and the Caribbean became independent, the operative rules of the international state system were substantially rewritten.

Effective control of territory and populations is no longer the main condition for recognition of statehood by other states (2001: 396).

Although widely condemned throughout Nigeria, there is evidence that the terrorist group Boko Haram (pictured) has been able to gain support in the northeast more so from the local response to the heavy-handed counterterrorism tactics of the Nigerian government than any shared belief in Boko Haram’s desire that the whole of Nigeria observe Sharia law and reject “Western” values.

In this case, the territory secured by the non-state actor is not so much the land, but more importantly the “hearts and minds” of those who hate the state more than they fear Boko Haram.

In a recent U.S. government issued report, “Boko Haram: Growing Threat to the U.S. Homeland,” a local leader in Nigeria’s northeast explains how the Nigerian government is missing the mark in its war against Boko Haram in the region:

Shettima Khalifa Dikwa, chairman of the Voters Forum at the University of Maiduguri, blamed the government and heavy security practices for the growing public sympathy toward Boko Haram.

He said, “If it escalates it is the fault of the government and JTF (Joint Task Force). You can’t have JTF searching your house, invading your privacy, mistreating people without you having sympathy for Boko Haram (8).

Some Nigerians in the northeast see its government’s counterterrorism campaign as tactics of an invading army. The above transforms some law abiding citizens into combatants.

This conversion is in many ways no different than accounts of Frankish-Bavarian peasants (non-state actors) attacking and murdering abusive and ill-disciplined soldiers during the Thirty Years War (Munkler, 2004: 43).

The bold offensive by Boko Haram on the Nigerian capital, including the deadly attack against the United Nations building in 2011, captured the attention of global media for a moment.

Since then, the ruling elite have had success, with some notable exceptions, in securing the capital and restricting news flowing out of areas where the government counterterrorism campaign is focused.

The interests of the elite have been protected. The security of the satellite towns in Nigeria’s Federal Capital territory, where the overwhelming majority of its state population reside, may be unchanged, but the housing estates and government buildings of central Abuja have been shielded from attack.

There is no need for control throughout large portions of the nation, province, or city as long as “connections to the international state system” are maintained (Moore, 2001: 396), and the elite remain able to participate in the “transnational economic complex” (Sachs, 2010: vii).

One could argue that those with means in Nigeria are more likely to visit and be concerned about events in Dubai or London than Maiduguri or Kawuri. A loss of order and control in those cities does not impact their bank accounts enough to care.

There will be a different assessment if the conflict spreads, but for now the state of emergency in a limited number of Nigerian states is satisfactory, despite the loss of life or state control of territory (Brock, 2014).

In this regard, the unrest in the northeast is far different than what occurred in the oil producing region of the Niger Delta several years ago.

Next week, watch out for Part 3, which will move beyond the concept of the “New War” theory and delve in to the root causes of war, i.e. poverty and corruption.

RELATED: Nigerians Need To Look In the Mirror, If We Wish To Solve Boko Haram Problem