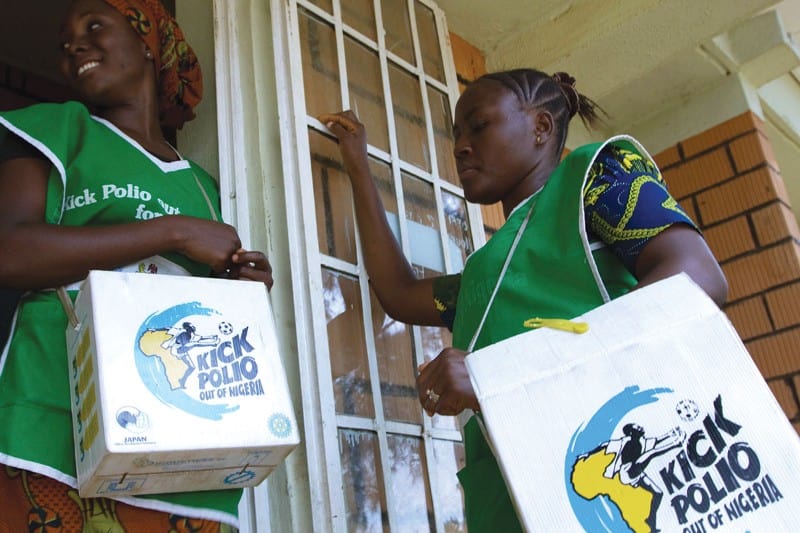 Since July 2014, Nigeria hasn’t recorded a single new case of polio, removing it from the list of polio-spreading countries, according to CNN.

Polio is a viral disease that eradicates nerve cells, causing permanent paralysis in children. The disease is known to be highly contagious and is spread through contaminated food and water.

And while countries Pakistan and Afghanistan continue to suffer from polio transmission, Nigeria has managed to further safeguard the health of its children both now and in to the future with effective planning and courageous implementation.

More than 200,000 volunteers spread out in remote areas and braved attacks by militant group Boko Haram to immunize 45 million children under age 5.

#Nigeria has made remarkable progress vs #polio, but continued vigilance is needed to protect these gains, ensure polio does not return

Eradicating #polio will be one of the greatest achievements in human history http://t.co/gCIk6Uxzx4

Eradication of #polio globally now depends primarily on stopping the disease in #Pakistan and #Afghanistan http://t.co/gCIk6Uxzx4 — WHO (@WHO) September 25, 2015

WHO Regional Director Dr. Matshidiso Moeti added, “Stopping polio in Nigeria has been a clear example that political engagement, strong partnerships, and community engagement are the engines that drive the momentum of public health program, enabling them to achieve great things.”

Nigeria’s polio accomplishment is particularly significant given that just three years ago, it accounted for more than half of all polio cases worldwide.

It will take another two years of no new polio cases for Nigeria to be declared officially polio-free.