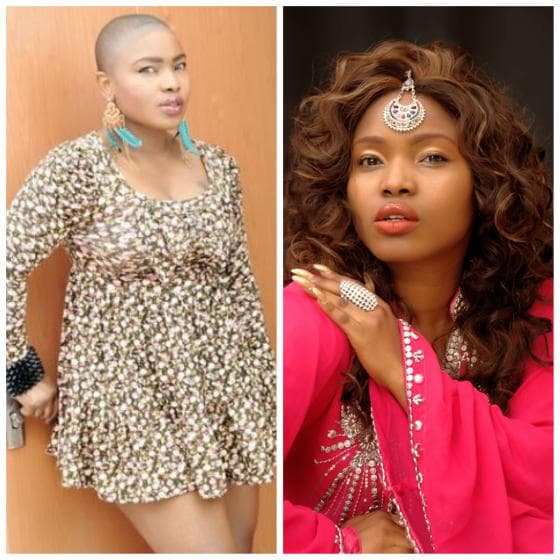 Vivacious Nollywood actress Halima Abubakar’s decision to shave her head as her way of pledging solidarity with cancer victims has caused missed reactions from the general public and her fans. While some applaud her move as a brave stepping stone, others accuse her of “missing the point” and worry that she may have put her career in danger.

Halima defended her decision in a statement:

"I was invited to participate in a cancer awareness campaign by Waodiva and MTN. They did workshops on cancer, and a lot of survivors attended. I cried when I saw them. It was really shocking that people can go through this kind of traumatic experience. I decided to take off my hair as a way of honoring them. If you shave your hair, you understand better what it is. If you have someone who has gone through the ailment, you will understand what I am talking about. Who doesn't want hair? Hair is every woman's glory. Shaving my hair is my own way of supporting the call against this dreaded disease."

According to her opposers, she is supporting a good cause the wrong way. One person stated “My dad had cancer and the best you can do is to be there for them as a support through the process. Just that moral and emotional support makes a huge difference. As for shaving I really can't see the connection."

However, one of Halima’s supportes said "For the cynicals here, no, she's not looking for your approval, she shaved her hair as a way of creating awareness about the dreadful disease, hopefully with this, people like myself will go get checked, let's not forget Remi Lagos died recently of cancer, so for anyone to come here and discredit what Halima has done is just beyond the realms of stupidity and ignorance!”

What do you think? Do you support or oppose Halima's decision?