In one of the most-iconic moments of all time, Black Olympic medalists Tommie Smith and John Carlos raised their gloved fists to the sky in what has become known as the “Black Power” salute. The event took place on this day in 1968, during the Summer Olympics of that year in Mexico City. 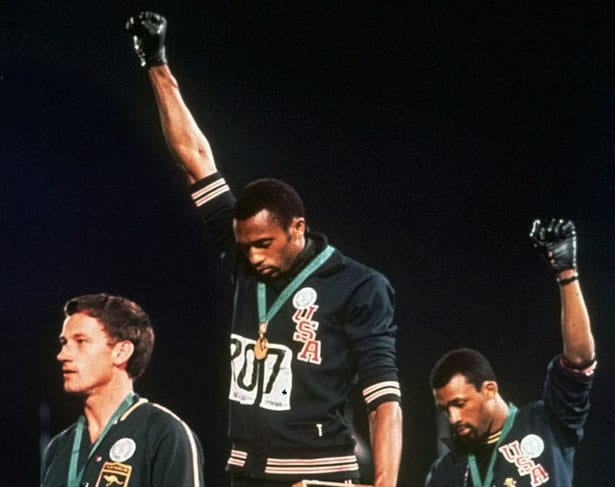 The morning of October 16th, American track athlete Smith won the 200m race, setting a world record of 19.83 seconds. Australia’s Peter Norman came in second, with American John Carlos coming in at third. As custom, the three athletes went to the podium to accept their medals.

Smith and Carlos did not wear shoes on the podium. Instead, they wore black socks to represent Black poverty. Smith also wore a black scarf to highlight Black pride.

Carlos unzipped track jacket to show solidarity with working class people in the United States. He also wore a beaded necklace, which he says was in honor of individuals who were slain in lynchings and others killed in violent ways at the hands of white people. Carlos also said the beads represented slaves who were thrown overboard during the Middle Passage journey.

All three athletes were shown wearing Olympic Project for Human Rights (OPHR) badges. The OPHR was an organization started by notable Black sociologist Harry Edwards, who stood up against racial segregation in America and worldwide. The OPHR was most especially focused on South Africa’s racist practice of Apartheid.

Dr. Edwards wanted all Black athletes to boycott the games, but it was said that he was able to influence Smith and Carlos to perform their act.

The photo was taken by John Dominis, and still resonates heavily to this day. Smith says that the raised fists were not a Black Power gesture but a “Human Rights” salute. 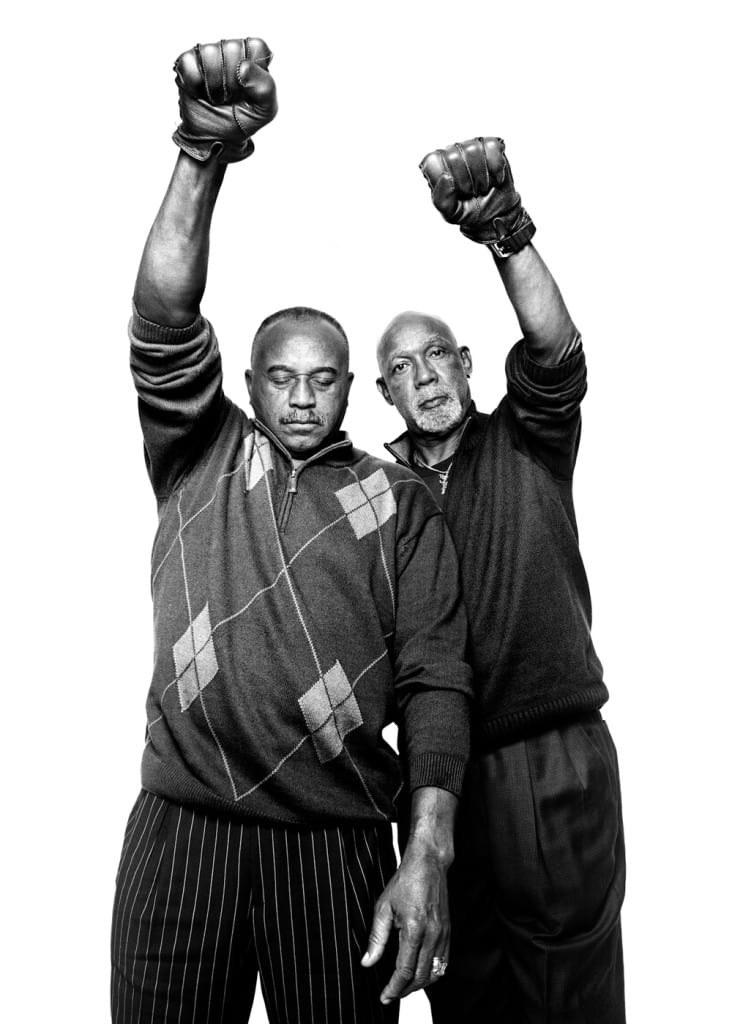 Smith and Carlos were not celebrated in their home country for their act; instead, they were met with abuse and death threats. However, Smith found success as a professional football player with the NFL’s Cincinnati Bengals and later became an assistant professor of physical education at Oberlin College. Smith also worked as a coach for the United States track team, and now works as a public speaker.

Carlos also played for the NFL, starring for the Philadelphia Eagles before an injury ended his career early. Carlos fell on tough times, but he was able to get himself back on track and worked as a coach for Palm Springs High School in California. In recent times, Carlos has traveled the country in recent times as a public speaker and advocate for human rights as well. 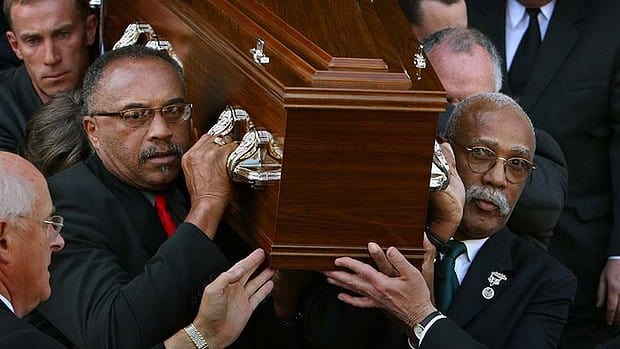 Bound by one moment of defiance, Smith (left) and  Carlos carry the coffin of their friend and fellow sprinter Peter Norman in 2006.

Unfortunately, Norman was blasted by Australian media for his support of Smith and Carlos, and was banned from the national team despite qualifying many times over. Smith and Carlos were pallbearers at Norman’s 2006 funeral

SEE ALSO: Poem: Because I Am…