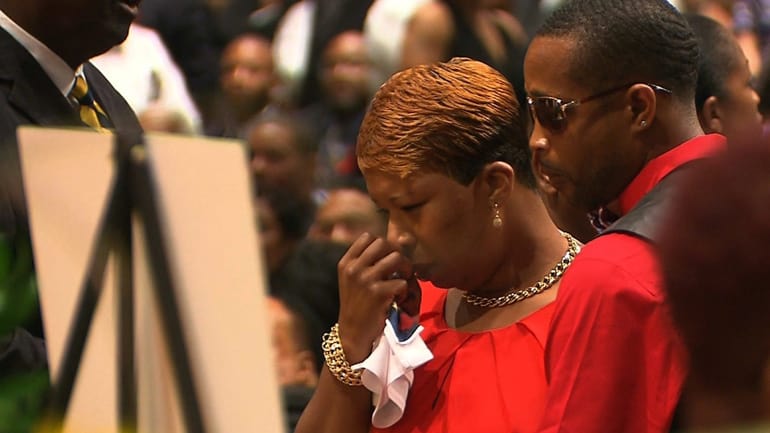 Lesley McSpadden at the funeral of her son, Michael Brown.

“You took my son away from me, you know how hard it was for me, to get him to stay in school and graduate? You know how many Black men graduate? Not many! Because you bring them down to this type of level, where they feel like they don’t got nothing to live for anyway! They gon’ try to take me out anyway!” ~ Lesley McSpadden (Michael Brown’s mother) 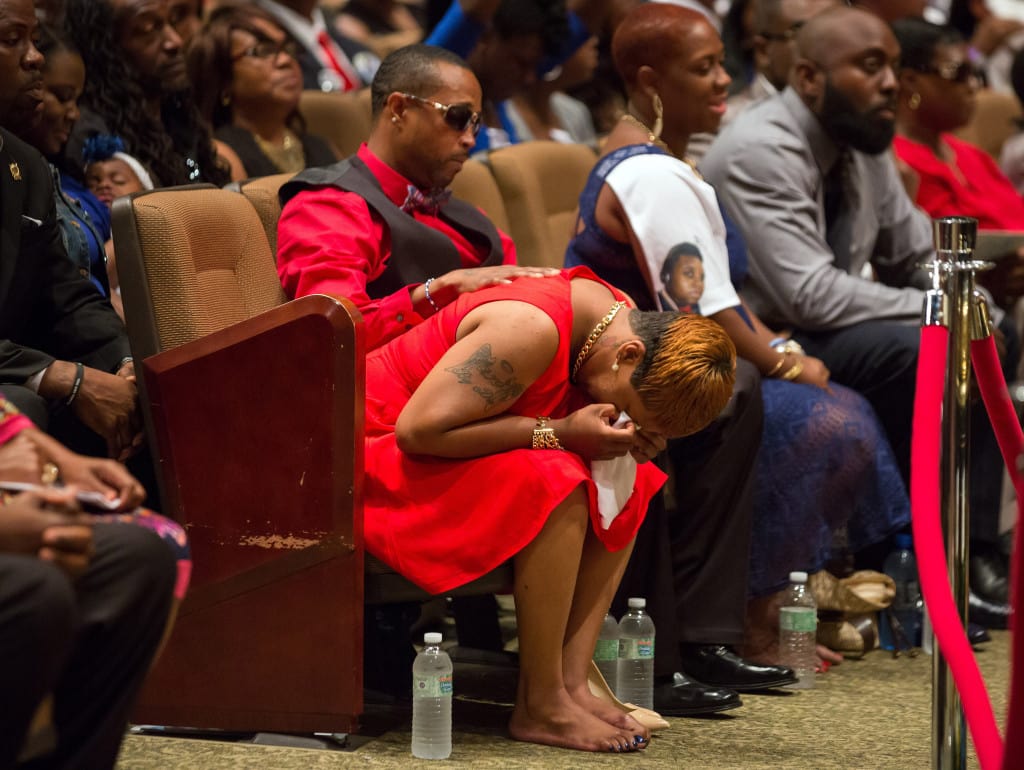 Can’t escape the long arms of the law,

They joked…
We laughed…
They smirked…

Yeah, the joke was on me,
The joke is on me…
When breaths of Black men are cut short by the long arms of the law,
Policing crime a beautiful concept on paper,

Just like the dream I bought in to,
On the streets, in our cars, in our homes, they are policing Blackness,

Innocent until proven guilty, a tale the wise men once told,
Or maybe just a privilege for White men,

Damn, I really should have read the fine print…
Considering they did sell me a nightmare once,
Tried to break my back,
When I broke free of their negro shackles,
Claimed they’d free me…
Said they’d now evened up the scales of justice,
A new way forward, they said.

Thank you, I guess
For segregation that turned to prohibition,
What an effort it must have taken,
To tip the scales of injustice in a different direction,
On the run is the way of life for the vile and innocent, alike,
I suppose you can say I’m dreaming with my eyes open.

Proud to make me…we…
The faces of food stamps,
But shy in questioning why despite the stamps on IDs,
Blacks are still living as second-class citizens,
But again, internally displaced wouldn’t have been too politically correct,
Considering this was never willful placement anyway.

Headlines screaming, “Blacks are on welfare,”
Yet more silent than the graves of restless Black souls six feet under,
On why, 50 years later,
We still haven’t fared well.

But I, I was sold a counterfeit,
So don’t you dare tell me I’m pulling the race card,

Maybe you should try pulling a page or two off my yesterdays and today,
Heck, give your privilege a day off,
Try a book, maybe the new Jim Crow,
Some role play reversal perhaps,
You have that luxury,
Mine’s a reality.

Because I am every Rosa Parks whose dignity they couldn’t take,
Every Patrice Lumumba they silenced,
I am every Mau Mau soldier they vilified,
Every Marcus Garvey whose revolution they couldn’t tame,
I am every Nelson Mandela they jailed,
And every Eric Garner they profiled.

I am every Maya Angelou whose pen never rests,
Counseled by the Spirit of Nyahinghi that will never hate,
But always denounce oppression,
With a voice unflinching,
My echoes will only get louder,
Until that dream they sell is afforded to my kind too,
And my brothers and sisters are every “Django Unchained.”

Then I will look at you,
With the same love I bear within,
Coupled with unparalleled exuberance,
And say to you,
“We…are now…ONE.”

Listen to Sanna Arman perform “Because I Am” here: