On this day in 1956 – June 5th, 1956, a three – judge panel for Alabama’s Middle District Court ruled 2-1 that the city’s bus segregation laws were in violation of the 14th Amendment of the Constitution.

The 14th Amendment was adopted in 1868 following the U.S. Civil War and guaranteed all citizens – regardless of race – equal rights and protection under state and federal laws.

The case before them, Browder vs Gayle, would put the Montgomery bus boycott on the national stage, propel local leaders like Martin Luther King into prominent national figures, and spearhead the burgeoning Civil Rights Movement into a national issue.

Like many Southern cities, Montgomery, Alabama had laws enforcing racial segregation in many public places. The Montgomery bus system forced blacks to sit at the back of the bus and to give up their seats to whites, if the front was full.

In 1955, a number of black women were arrested refusing to give up their seats to white passengers. They were Claudette Colvin, Aurelia S. Browder, Susie McDonald and Mary Louise Smith. 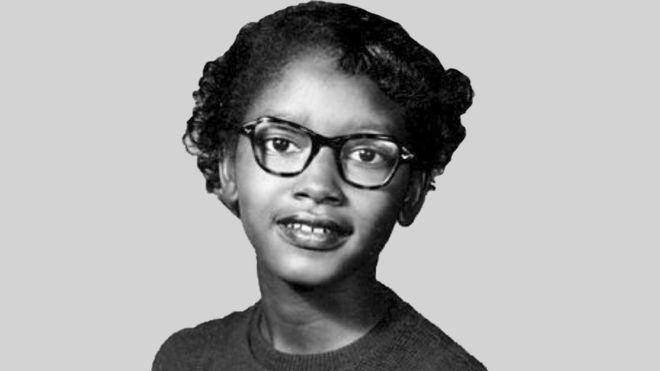 Colvin, the first to defy Montgomery bus laws in March 1955. She was only 15 years old.

The other women were also arrested before December 1st, 1955. But it was Rosa Parks’ arrest on December 1st that served as the spark for the Montgomery bus boycott.

The Montgomery NAACP considered launching a protest by the other women, especially Colvin, but according to historians, “planned to chose a more respected member of the community”. Parks was an NAACP secretary and she would to be the symbol of the protest.

Writing on the boycott, History.com noted,

Many black residents chose simply to walk to work or other destinations. Black leaders organized regular mass meetings to keep African-American residents mobilized around the boycott. 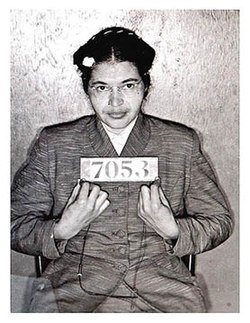 1 December 1955, Rosa Parks was arrested for refusing to give up her seat to a white passenger on a city bus in Montgomery, Alabama.

The NAACP legal team, led by Fred Gray and Charles D. Langford, however decided to file a class-action lawsuit on behalf of the other women: Browder, Colvin, McDonald and Smith. Parks was excluded from the case because of the disorderly conduct case against Parks.

Civil rights attorney, Gray explained that he “wanted the court to have only one issue to decide—the constitutionality of the laws requiring segregation on the buses.”

The case was filed February 1, 1956 and in June, the court ruled in favor of the women.

The court heard the case and issued a ruling on November 13, again, in favor of the women. Citing the 1954 Brown v. Board of Education case and other cases that banned segregation in public parks and playgrounds, the court unanimously upheld the district court’s ruling that the city’s segregation laws were unconstitutional. The Supreme Country then ordered the city to immediately integrate its bus system on December 20, 1956.

The next day, almost a year to the day the boycott started, the Montgomery bus boycott ended. But integration was met with harsh resistance and violence. Historians explained,

In January 1957, four black churches and the homes of prominent black leaders were bombed; a bomb at King’s house was defused. On January 30, 1957, the Montgomery police arrested seven bombers; all were members of the Ku Klux Klan, a white supremacist group”.

But none of this violence deterred Martin Luther King, Jr., a young pastor at the time, and the countless Black and non Black people who joined hands in the Civil Rights Movement.

King, Jr. emerged as a prominent national leader, helping to lead a national dialogue that would end segregation, black voter suppression and discriminatory employment and housing practices in America.