The Songhai Empire once dominated the western Sahel in the 1400s and 1500s. Named after the Songhai people who inhabited the region, it was once one of the largest states in Africa. 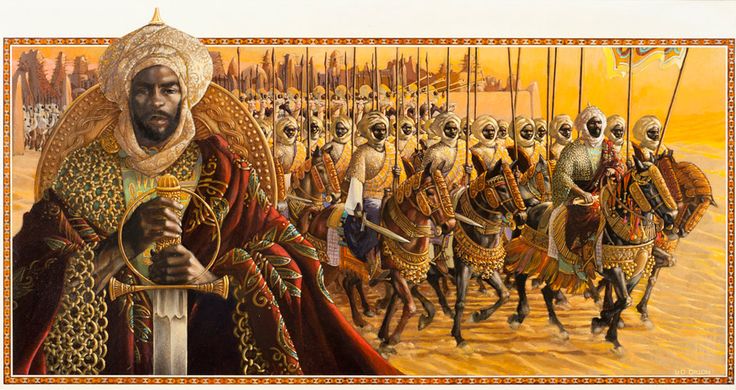 Sunni Ali, also known as Sunni Ali Ber was born Ali Kolon.  Ali was the first king of the Songhai Empire with his time in power occurring from 1464 to 1492. What he accomplished during his reign surpassed that of the Mali empire; this included establishing Gao as the capital of the Songhai Empire even though it held that title since the 11th century.

Ali was responsible for the seizure and ruling of Timbuktu in 1468 and the Djennè in 1475; driving out the Tuareg. He also controlled the trading cities alongside the Niger River and what is now known as Ghana.

Ali governed over non-Muslim as well as Muslim citizens.  However, he did not hesitate to harshly punish Muslim clerics who spoke against his tactics.

Ali received much criticism for combining traditional African practices while observing Islam. He also gained a reputation as a ruthless leader, fighting against enemies of the empire – the Fulani, the Mossi and the Tuareg.