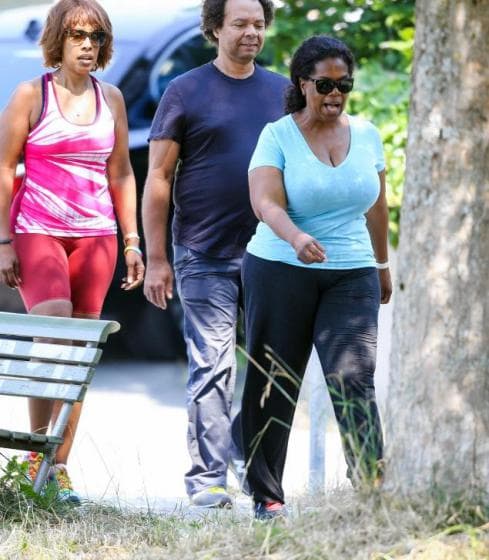 Oprah and friends in Zurich for Tina Turner's wedding

Reports circulating the net say that Oprah Winfrey, one of the richest women in the world, was a victim to racism during her recent visit to Switzerland.

A  publication on the BBC said an assistant of a shop refused to serve her (Oprah) in an upmarket handbag store in Zurich.

Winfrey was told by the attendant that one of the bags was too expensive for her.

Her claims, made to a US Television programme had come amid a political row over plans by Swiss towns to ban asylum seekers from public places.

The BBC ‘s Imogen Foulkes says some human rights activists have likened  the plan-which includes banning asylum seekers from swimming pools, playing fields and libraries- as a form of apartheid.

Winfrey visited Zurich to attend the wedding of long time friend and singer Tina Turner.   Apparently, reports claim that the Oprah Winfrey Show is not shown on Swiss television.

Winfrey said in an interview that she left the shop calmly without arguing but to her the experience was real  proof  that indeed racism continues to be a problem in some parts of the World.

“There‘s two ways to handle it”   she said

“I could‘ve had the whole blown up thing …but it still exists, of course it does”

The shop owner Trudie Gotz told the BBC that an assistant had shown Winfrey several other items before the “misunderstanding” over the $ 35,000 (£ 22, 500) bag which was kept behind a screen.

About 48000 people are currently seeking asylum in Switzerland. It is twice as many asylum seekers as the European average.

Officials say the curbs, which will  also see asylum seekers housed in special centers, are aimed at preventing tensions and residents.

The country’s asylum laws were tightened in June this year.

Indeed, racism still exists, and the best way to confront this canker is to walk away from it like Oprah did. There are however several ways to address it. Have you been a victim of racism lately. How did you confront it? Share your experiences and thoughts here with us.  You never know you might be helping some one with your experiences.