As the saying goes, “imitation is the best form of flattery”, but this Nigerian politician may have taken it a tad bit too far with his Black Panther-themed election campaign.

Drawing some inspiration from our very own superhero king T’Challa, the politician by name Pascal Ikenna Ejiogu kind of “borrowed” his Black Panther suit for his billboard photo with the caption “Time to take back our Imo”. Just as T’Challa saved Wakanda from the evil schemes of Killmonger, Mr Ejiogu sort of has the same plans and agenda for Imo State.

Take a look at the picture below. Do you think he can invoke his inner T’Challa prowess and rescue Imo? 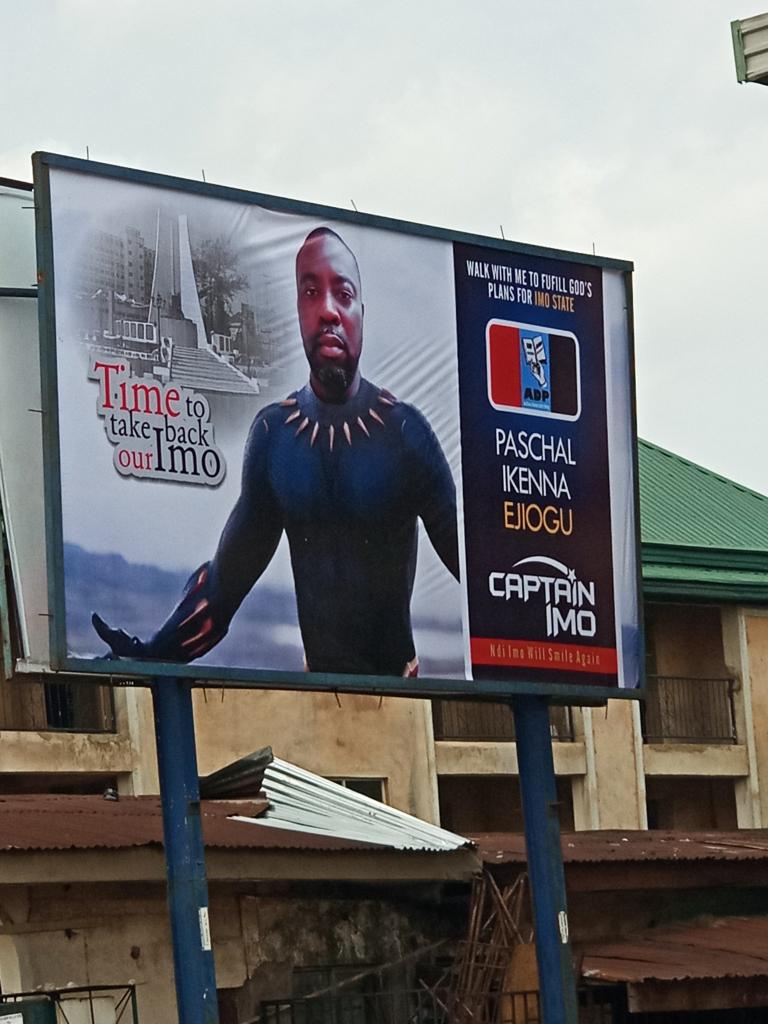 From Wakanda Forever part 1 and 2 movies to this Black Panther-inspired political campaign, you can always count on Nigerians to have their own versions of pretty much any popular Hollywood movie!