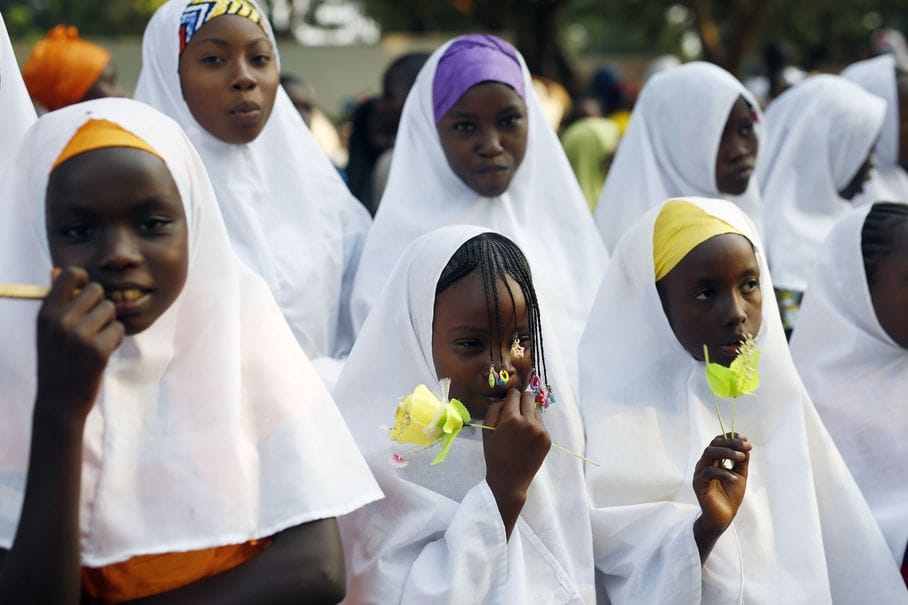 On Monday, Pope Francis (pictured below) completed his three-nation tour of Africa, leaving the Central African Republic‘s Bangui Monday morning, according to Reuters.

Pope Francis crowned his trip with what has been described as “the most difficult part of his Africa tour” with a visit to a mosque.

While there, he encouraged unity between religions, insisting, “Christians and Muslims are Brothers and Sisters.”

Crowds of children, wearing white hijabs (pictured), greeted the Pope at the mosque, with Imam Tidiani Moussa Naibi saying of the Pope’s visit, “[It is] a symbol which we all understand.” 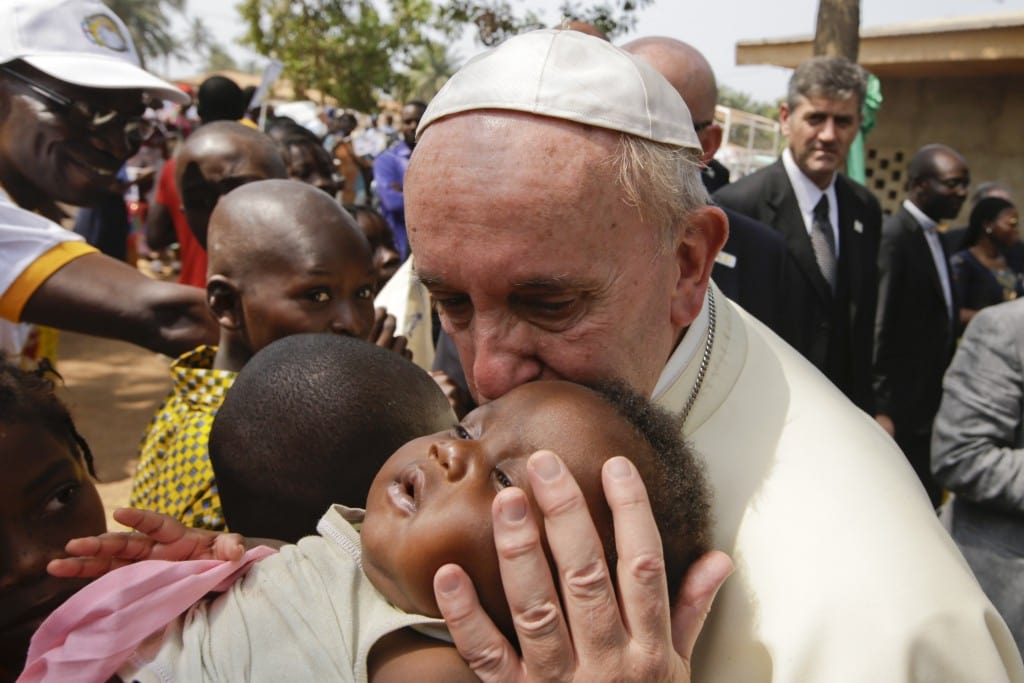 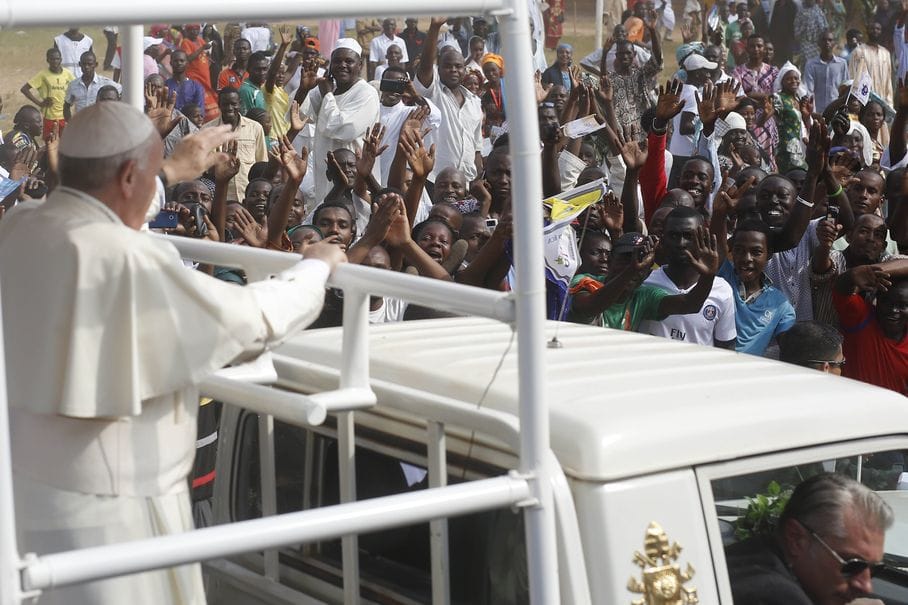 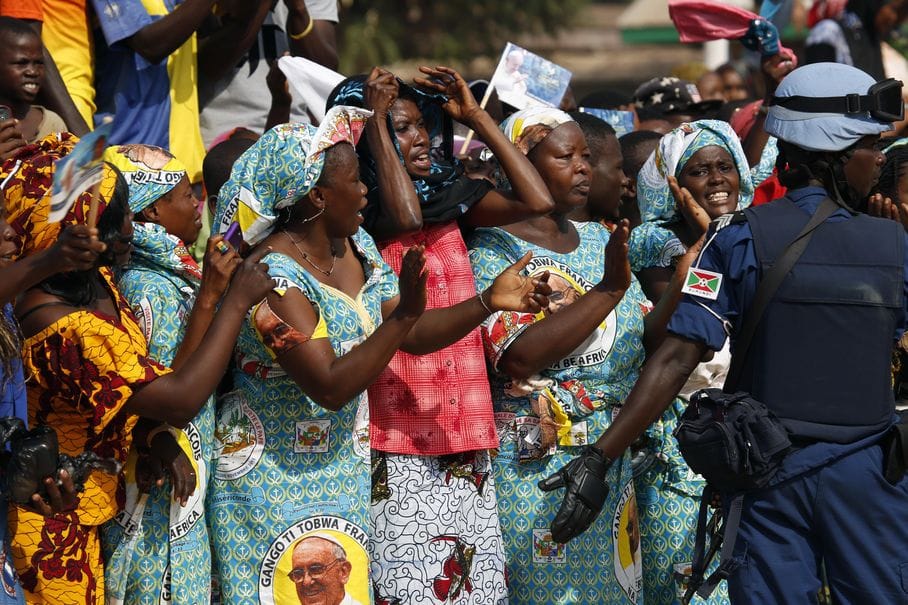 The Pope was advised against visiting the landlocked country due to the incessant fighting that has taken place there since 2013, when a mostly Muslim coup removed President Francois Bozize from power.

On Sunday, the Pope beckoned fighting factions to put down their arms and expressed optimism that the nation’s January elections would start a “new chapter” for the country, which is 50 percent Christian and 15 percent Muslim.

The Pope began his trip in Kenya then traveled to the neighboring Uganda before visiting CAR.