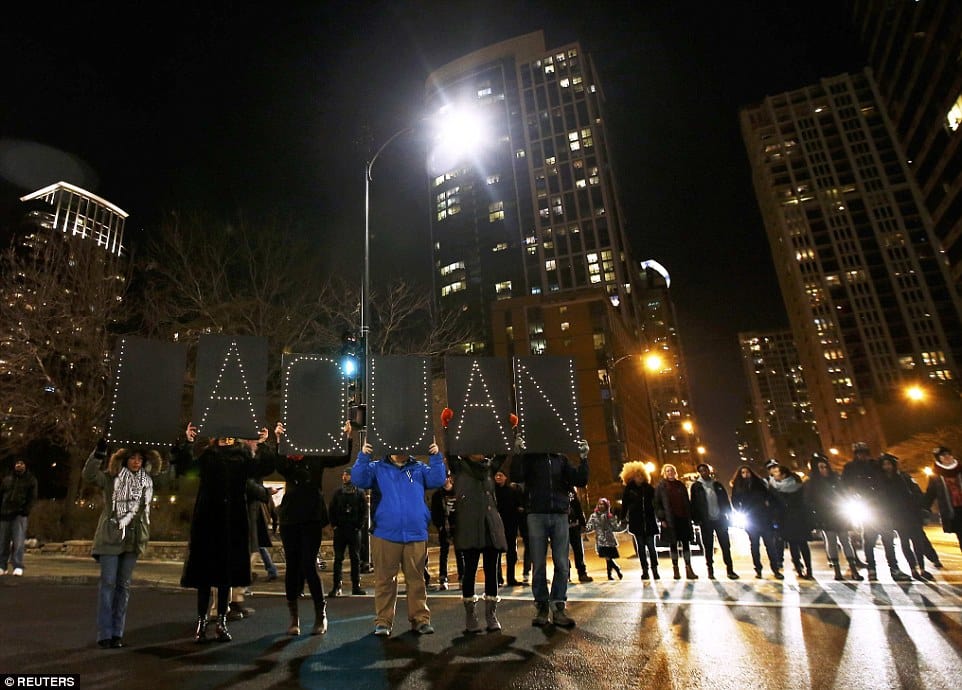 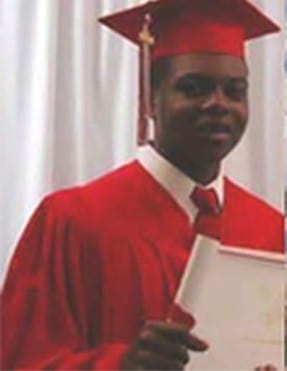 On October 20, 2014, McDonald would be shot 16 times by police officer Jason Van Dyke as
he walked away. Van Dyke, along with five other officers, would end up confronting McDonald, after they received a call about a young man behaving “erratically.” 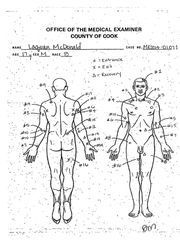 This autopsy diagram submitted by the Cook County Medical Examiner’s Office shows the location of the wounds Laquan McDonald suffered.

Before the video was released, the Chicago Police Union went on record to say that McDonald brandished a three-inch knife and lunged at officers before meeting his demise.

But the video, instead, shows McDonald walking away from the officers.

Prosecutors told the court the video clearly shows that McDonald was not advancing on Van Dyke, who started firing six seconds after he got out of his squad car. The shots were fired over 14 to 15 second period. During 13 of the 15 seconds, McDonald was on the ground, prosecutors said.

Watch Laquan McDonald’s shooting here. Warning: The video may be upsetting to viewers:

In April, Chicago’s City Council would give a $5 million settlement to McDonald’s family.

By last week, a Cook County Circuit Court judge would set the deadline for releasing the explosive video for this Wednesday, due to journalist Brandon Smith‘s lawsuit against the city for violating the state’s open record law by not releasing the video.

While it isn’t clear why authorities held on to the video for more than a year, critics speculate that they sought to cover up the brazen shooting with the settlement money and delay the charging of Van Dyke for his alleged crime.

Either way, after the video was released, Chicagoans took to the streets in their numbers while others lamented over Mcdonald’s death on Twitter with the hashtag #LaquanMcDonald:

#LaquanMcDonald was killed with a sense of casualness by the officer that should frighten you.

.@WVON1690 I was a prosecutor for 13 years, this investigation did not need to take 13 months #LaquanMcDonald — Andrea Zopp (@ZoppForSenate) November 25, 2015

Police and protesters face of in Chicago after video of #LaquanMcDonald‘s murder was released #16bullets pic.twitter.com/RSER5vx2O7

“A lot of the police are perpetuating this blue wall of silence.” Protesters march in Chicago for #LaquanMcDonald. https://t.co/qC3ozcMfR0 — AJ+ (@ajplus) November 25, 2015

I wonder if he ever dreamed he’d see his name in lights. Certainly not like this. Rest in power, #LaquanMcDonald. pic.twitter.com/RuALBuahZE — Ava DuVernay (@AVAETC) November 25, 2015

“The video captures 15 seconds of shooting. For 13 seconds of it, #LaquanMcDonald is lying on the street.” https://t.co/Bp95Xq9ArE — Kirsten West Savali (@KWestSavali) November 25, 2015

Shortly after the video was released, it was also announced that Van Dyke had been charged with first-degree murder.

Cook County State Attorney Anita Alvarez told the press after Van Dyke’s charging that the video “is graphic, it is violent, it is chilling.”

Chicago Mayor Rahm Emanuel also released his statement on the video, remarking, “Across Chicago there are thousands of police officers who protect our communities every day with the highest professional standards.

“As the State’s Attorney made clear, Jason Van Dyke’s actions violated those standards and also the moral standards that bind our community together.

“Rather than uphold the law, he took the law into his own hands and it’s now up to the justice system to hold him accountable.”