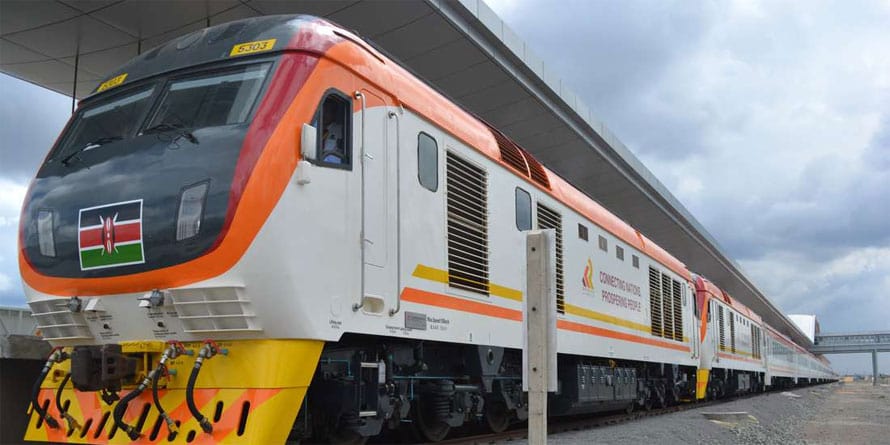 Named after Madaraka Day, the day Kenya gained its internal self-rule, Madaraka Express is a brand-new railway running from the Kenyan coastal city of Mombasa to the capital, Nairobi. The railway is the first phase of a mega standard gauge railroad expected to run from Mombasa to Malaba in western Kenya and later link up with other standard gauge railways being constructed in neighboring countries, such as Uganda, Tanzania, Ethiopia, and Rwanda.

The first phase was launched by Kenyan President Uhuru Kenyatta on June 1st, an event that coincided with Madaraka Day celebrations. The 301-mile railroad is being constructed by China Road and Bridge Corporation at a cost of $3.6 billion and will be operated by the China Communications Construction Company for a period of five years.

It is also a major attraction site as it runs through some of Kenya’s tourist sites, such as the Tsavo National Park and the Nairobi Nationa Park. The Madaraka Express replaces the old railway, which was built by the British colonial administration in the 19th century.