Canadian authorities have granted asylum to Razak Iyal and Seidu Mohammed, two Ghanaian immigrants who lost their fingers to severe frostbite while crossing from the U.S. border on foot.

Iyal, 35, crossed in to Canada from the United States with Mohammed, 24, on Christmas Eve, after trekking for hours in freezing conditions.

According to Huff Post, the pair are among the first in the recent wave of asylum seekers pouring in to Canada from the United States out of fear of being deported back to their home countries. 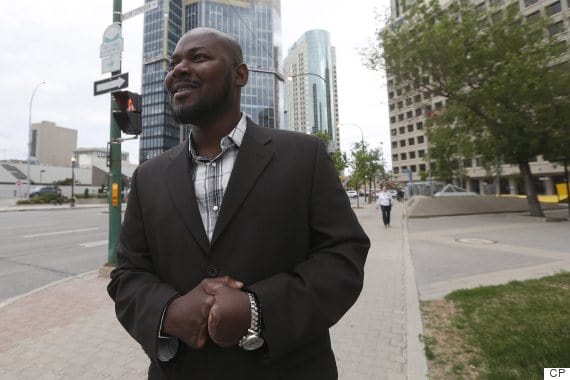 The two men first met at a bus station in Minneapolis that was traveling to North Dakota. Afterward, they boarded a taxi that dropped them just within sight of the border.

On their way to Canada, the men braved extreme conditions, marching through open fields with sheets of snow as high as their waists.

Neither of them were dressed for the sub-zero temperatures of the Canadian winter, so they suffered from severe frostbite. After hours of trekking, they eventually stumbled upon a highway, where a kind truck driver stopped to help them.

“I can do a lot of things that people who have fingers can do,’’ said Iyal who is still very optimistic about the future. 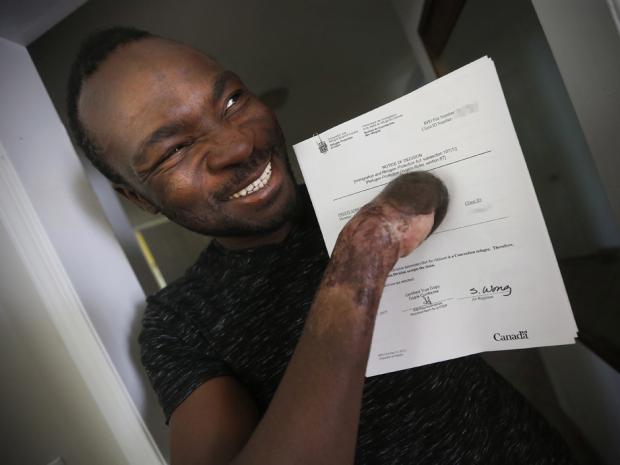 Mohammed, who is bisexual, later told Canadian immigration officials he fled his native Ghana to escape persecution over his sexual orientation. Iyal, on the other hand, said he fled his home country because his five siblings and a local politician were out to kill him over a property dispute.

Both Iyal and Mohammed were previously denied asylum by U.S. authorities.

“If I go back to Ghana, I might lose all my life. But here I am, I just lost my fingers, but I’m still part of the society.

“I thank God that I’ve been accepted to stay in Canada, to be a Canadian. And what I have in me, I’ll make sure I share it with the community, with the people,’’ Iyal said after his refugee application was granted.

He said he also dreams of bringing his wife to join him in Canada and opening an electronics business similar to the one he had in Ghana.

Mohammed, who plays professional soccer, had his claim for asylum approved last month.