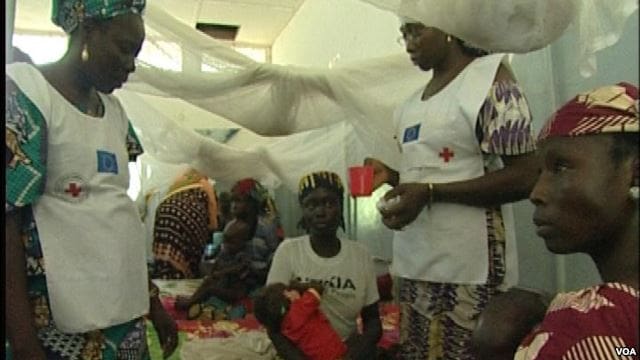 Far North Region, Cameroon (Face2Face Africa) The Presidential couple of the West and Central Africa State of the Republic of Cameroon, Paul and Chantal Biya, have offered a huge consignment of basic items to thousands of Nigerian refugees who are fleeing from constant and fierce attacks from the Nigerian Islamic sect Boko Haram.

Some o f the items the President and First Lady gave include cartons of bathing and washing soaps, blankets, vegetable oil, bags of rice and meat, and more. 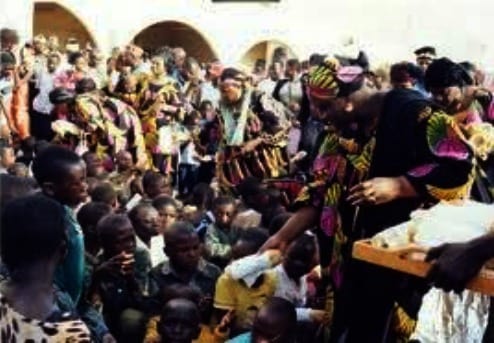 The Governor of the Far North Region of the republic, Mijiyawa Bakary, who was handing over the gifts to the refugees on behalf of the presidential couple, was accompanied by the Resident Representative of the United Nations High Commission for Refugees (UNHCR) to Cameroon, Mrs. Ndeye Ndour.

Governor Bakary then assured the refugees of the government’s definite support of their plight.

Mrs. Ndour also promised to provide more facilities and amenities to the fleeing Nigerian refugees who are still spread across towns and villages in the localities of Mayo Tsanaga, Mayo Sava, Logon, and the Shari Divisions of the republic.

There are about 11,000 Nigerian refugees, including some 1,000 children, who are now attending nursery and primary schools created within the Minawaho refugee camp in the town of Mokolo, near the Nigerian border.

In addition, due to the crisis in the Central Africa Republic, there is a steady influx of refugees in to Cameroon.

Therefore, Cameroonian authorities have been holding working sessions with some 10 international partner organizations and strategizing on ways to manage the situation so as to prevent any possible humanitarian catastrophy.

“The first priority is to find a solution for those arriving with bad health conditions since they have been walking for three months [so] there are high levels of malnutrition. We have now developed eight sites, which the government has given us, and about 58,000 refugees are now camped there.

“The second phase now is to go to assist the refugees and the host communities because they have a need for water, health care centers, and the size of the school needs to be increased,” Mrs. Ndour explained to the press.

Dr. Jean Pierre Nana, director of Civil Protection in Cameroon’s Ministry of Territorial Administration and Decentralization, added, “The situation is under control notwithstanding the fact that we have received 20,000 more refugees mostly coming from Nigeria. Every measure and means are being taken either at the level of the central administration or through the governor at the level of the regions.”