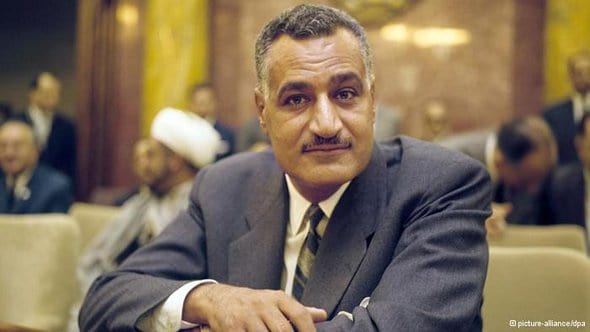 Gamal Abdel Nasser Hussein was one of the most iconic African leaders of the 20th century.  The second president of Egypt, he was very vocal about pan-Arab unity and social justice. Nasser led Egypt during the controversial wars with Israel and during the North Yemen Civil War. He was particularly active in the establishment of the Arab League Summit. His support for communism and pan-Arabism is likely part of the reason for his issues with the US and its allies during his campaign. In spite of opposition from governments of Jordan, Iraq, Lebanon, etc., his popularity and honour continue to soar in the Arab world.

Nasser’s heroism was not an accident; he began to read voraciously while still in secondary school, coming in contact with books that changed his thinking about the world including the biographies of Napoleon Bonaparte, Alexander the Great, Julius Caesar and Mahatma Gandhi, to mention a few. He did not believe in rhetoric; rather, he believed Egypt’s freedom would only be achieved through force. He joined the army and in 1951, he organized the attack against British forces in the Suez Canal region.

Nasser was feared and intimidating on the world stage, but he retains the support of his people such that his funeral drew over 5 million mourners and caused widespread grief.