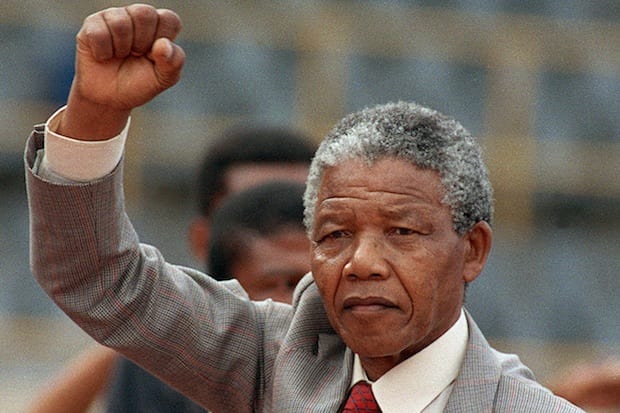 Nelson Rolihlahla Mandela was perhaps the greatest President Africa has produced in her modern history. In reputation, he was the most popular and revered among African leaders of the last century. He served South Africa as the first elected black president from 1994 to 1999 and crushed apartheid in that nation. His story was emotional and full of lessons. An exemplary fighter and dogged African nationalist, he remained unshaken and true to his cause throughout his 27 years in prison.

Mandela acted as mediator in the Pan Am Flight 103 bombing trial, served as Secretary General of the Non-Aligned Movement from 1998-1999 and oversaw the military intervention in Lesotho. He was also active in the formation and development of the South African Development Community (SADC) and played a key role in conflict and peace intervention in Zaire, Libya, Burundi, Rwanda, Lesotho, Israel, India, Pakistan and several other countries all over the world.

For his tireless efforts, Mandela was given the Nobel Peace Prize, US Presidential Medal of Freedom and the Lenin Peace Prize. He received more than 250 other awards from various countries and organisations all over the world. His death attracted to Africa more representatives of world leaders than any other African president of his time.