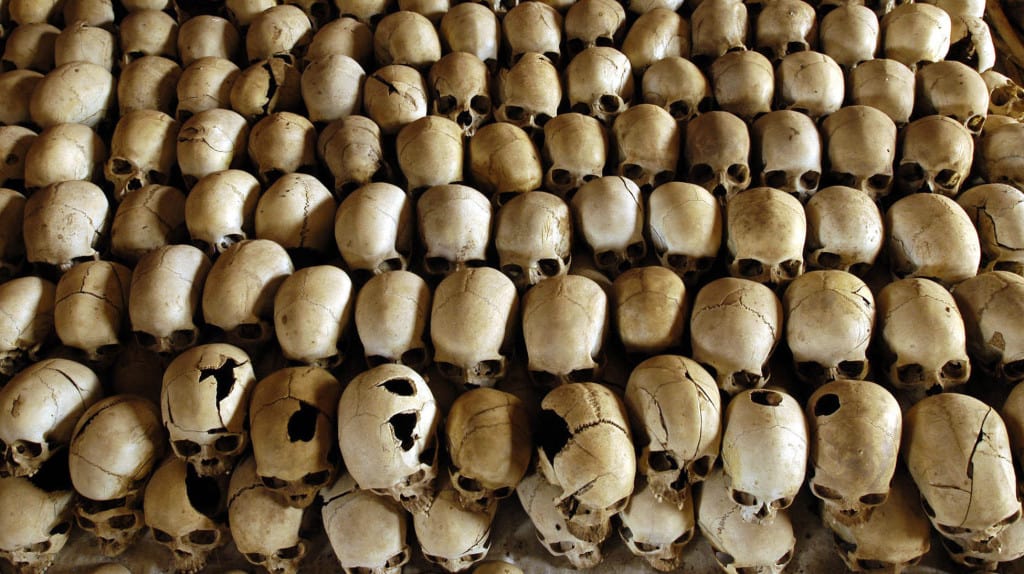 (FILES) — A file photo taken on February 27, 2004 shows skulls of victims of the Ntarama massacre during the 1994 genocide, lined in the Genocide Memorial Site church of Ntarama, in Nyamata. Among the 59.000 Tutsis who lived in the province, 50.000 were killed during the genocide, and among them 10.000 were slain in the church.  AFP PHOTO/GIANLUIGI GUERCIA

I am a survivor of the 1994 Genocide Against the Tutsi in Rwanda. I read the recent interview Face2Face Africa conducted with Lionel Nishimwe on Sept 3, 2015. When I saw the title, “Hutu Lawyer on Rwandan Genocide: Stop Using the Word ‘Genocide’ To Describe Events in Rwanda,” many questions came to mind. First among them was, why was the media continuing to give a platform to genocide denials in the name of freedom of expression?  If this was about the Holocaust, who would publish it?

The author is 22 years old. He was 1 year old when the genocide occurred. He knows nothing firsthand.

He even admits his family left as soon as the genocide began. Thus, his family was not even in the country when it occurred. This does not make him an expert on this genocide. He has literally never even been in Rwanda.

All he knows is what his people have told him. He has been brainwashed by refugees who refused to come back to Rwanda because either they committed the genocide or agreed with the ideology of those who carried it out.

Genocide is a process.

It is planned and executed with great precision by people in power. In the context of Rwanda, the genocide was planned and executed by the Rwandan government against its own people. Militias were trained, machetes were imported, and weapons were distributed to the general population. Tutsi were put on lists, and hate media was created.

Extremist political parties and government officials went all over the country preaching in favor of the extermination of Tutsi. 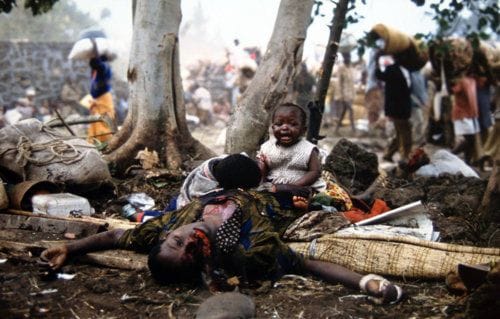 There were lists. That is the most simple and powerful response to those who claim what occurred in 1994 was merely a war. Wars don’t have hit lists of individuals, unless they are of military or intelligence officers.

My name was on those lists and I was neither military nor intelligence.

I was merely born and known to others as Tutsi. I was personally hunted down, militias with guns, grenades, and machetes storming my home, its address on their dreaded lists.

That alone is proof of a pre-planned genocide.

It appears to me that telling the truth is not Lionel’s agenda. His only agenda is defending his ethnicity. I am somewhat sympathetic, as Germans who did not actively participate in the Holocaust must have felt similarly to Lionel after World War II.

Still, truth and humility are the best ways forward, not denial.

Lionel criticizes the Gacaca courts. Were it not for the Gacaca courts, it is estimated that it would have taken 100 years for all who were imprisoned or who had participated in the genocide to be tried.

This would have been an epic cruelty and an insult to justice, as many innocent people would have rotted away for crimes they did not commit. Gacaca granted them mercy and justice. So, too, it gave victims their day in court as well; their closure.

He talks about refugees. Rwanda has a policy to repatriate all refugees. He and his Hutu brethren are welcome to return to Rwanda exactly as those who retreated from WWII Germany as long as — just as with Germany — he respects the country’s laws on genocide denial.

These laws were fashioned exactly after post-war Germany’s laws. But deniers, like Neo-Nazis, are a threat, and no one argues this, even 70 years after that European atrocity. 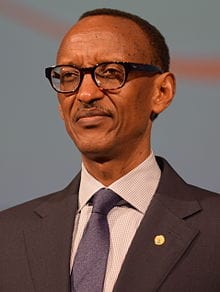 There is nothing wrong with amending a constitution.

Western countries, such as France and the United States have done this before. There are other countries such as Canada, Germany, and Great Britain that have no term limits for their president or prime minister.

They have a name for when the populace asks to change a constitution: it is called “democracy.”

As to “One Zambia, one nation,” Rwanda has a similar slogan, which he is welcome to accept: “I am not Tutsi, I am not Hutu. I am Rwandan.” In that sense, Zambia and Rwanda have similar goals and philosophies.

He has accepted one, why does he not accept the other?

My advice to my fellow Rwandan, Lionel, and other kids who have been taught to hate is to abandon their bitterness and visit their country. They will see that what they were told are lies. They do not know their country.

Rwanda is a peaceful country where ethnic divisionism no longer has a place. We are all Rwandan. As President Paul Kagame said, “Rwanda was changed for good and forever.”