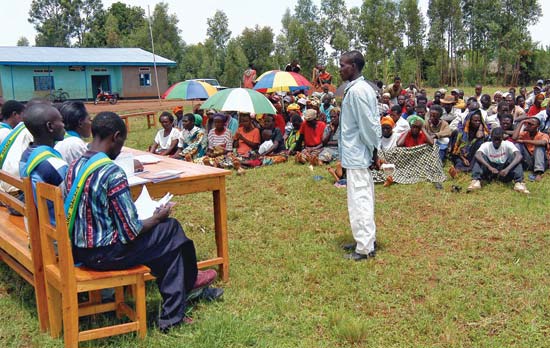 Rwanda is a small country blessed with some of the most hospitable people, and Rwandans are always smiling despite all the atrocities they have been subjected to over the years.The majority Hutu population have kept a clear mind irrespective of all they have lost through a biased judicial system.

But the question is, what is hidden behind those smiles?

The establishment of Gacaca courts in 2001 is one of the key landmarks of the post-1994 Rwandan massacres. The current Tutsi-led government hails these courts as a success, claiming they have provided post-conflict justice like never before. But its detractors, which include major human rights organizations, believe the system has serious shortcomings. 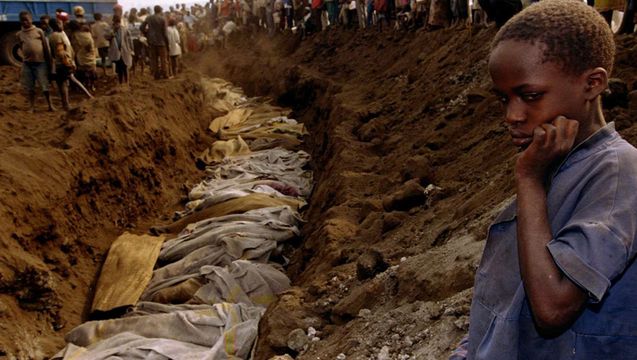 In the wake of the 1994 Massacres, Rwanda was faced with enormous challenges, notably rebuilding its social fabric that had been torn apart by the war and the mass killings. By all accounts, this was the worst humanitarian crisis of the last half century.

Vast swathes of the population were involved with the killings and the new Tutsi-led government claimed the need to create a legal regime that will ensure that justice was done for the survivors.

One of the biggest challenges they claim to have faced was that the existing judicial system simply could not cope with the surge of arrests. At the time, Amnesty International estimated there were around 124,000 prisoners in prisons with a total capacity of less than 49,000.

But during the 1994 Massacres, Rwanda’s judicial system had collapsed, the infrastructures of the country’s courts had been destroyed, and many of its judges and lawyers had either been killed or fled the country.

The new rulers claimed that putting these suspects on trial through the usual channels could take up to 200 years.

Eager to deliver selective justice to only Tutsi victims, the government established the Gacaca courts in 2001. These courts were based on the traditional system of settling disputes in which judges are inyangamugayo or “people of great integrity.”

“One of the shortcomings of Gacaca has been failure to provide justice to all victims of serious crimes committed in 1994,” noted a report by Human Rights Watch. “By removing RPF crimes from their jurisdiction, the government limited the potential of the Gacaca courts to foster long-term reconciliation in Rwanda.”

Therefore, all the accused persons have come from the HUTU tribe.

Other potential flaws highlighted by Human Rights watchdogs include doubts concerning impartiality and objectivity while dealing with relatives who stand accused of genocide crimes, corruption, and the possibility of having genocide suspects among the judges themselves.

The same bodies criticized the Gacaca courts for not adhering to a number of universal principles like the presumption of innocence, the lack of prohibition against double jeopardy, the lack of adequate resources to ensure prompt trial, and the lack of the right to self-defense. There have also been reports of forced confessions.

The Gacaca Courts have been criticised for requesting that Hutu children apologise for the alleged crimes of their fathers. Being born Hutu is believed to be a hindrance in Rwanda. Tutsis are born SAINTS whereas Hutus have to apologise to their fellow countrymen for the things they do not understand.

These are some of the things that the RPF have been calling “judicial progress.” The strides they talk about is an imposition on the Hutu population to let go off their assets to appease Tutsi alleged victims.

It is easier for a foreigner to buy into the RPF propaganda that advocates for national reconciliation. What they fail to see is the slavery that the HUTU majority have been subjected to: Women serve time on behalf of their dead husbands and children forego their inheritance to compensate alleged Tutsi victims for accusations that they do not understand.

They are meant to pay for the alleged mistakes of their fathers.

People can only take so much — Rwandans are sitting on a volcano awaiting to explode. Hutu children will one day rise against this oppression and when that time comes, I pray that the international community will be ready to handle this crisis.

The time to bring Paul Kagame to his senses is now.

The Hutu ask to be treated fairly — not like second-class citizens in their own
country. They have being betrayed by the law, which ought to protect them.

Should they take the law into their own hands?