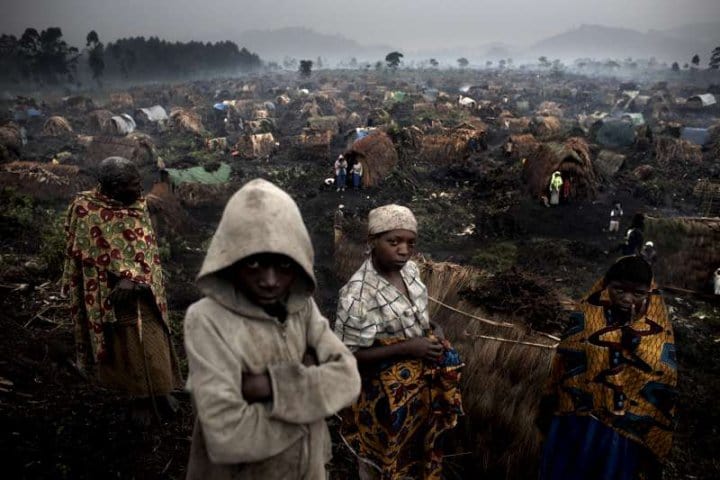 Twenty-two-year-old Lionel Nishimwe (pictured) is a Rwandan-born lawyer who has contributed to Face2Face Africa as an advocate for his clan, the Hutu. While the Hutu are internationally known for being responsible for the Rwandan Genocide of 1994, where between 800,000 to 2 million Tutsis were murdered in 100 days, Nishimwe labors to erase the stigma associated with his people through his fervent op-eds, where he has tackled the legitimacy of the Gacaca courts, the current treatment of Rwandan refugees, as well as why Rwandans should not stand for another term of incumbent President Paul Kagame.

Nishimwe’s stances are both controversial and outright contentious, particularly with his declaration that the genocide did not happen. Consequently, Face2Face Africa recently interviewed Nishimwe to get a better understanding of his — and his people’s — experience as a Hutu 21 years post genocide and see the way forward for a new generation of Rwandans. 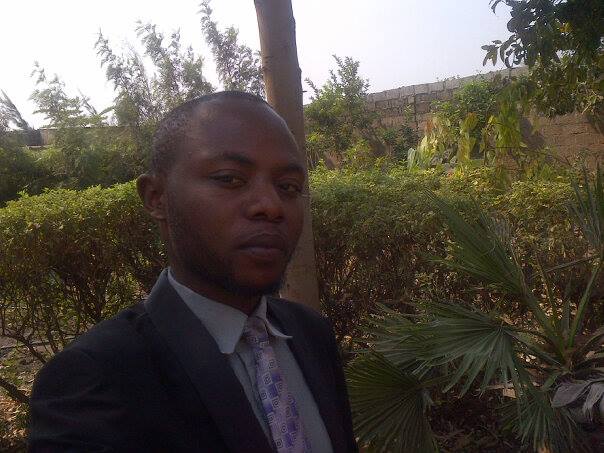 Face2Face Africa: I know you no longer live in Rwanda. How long have you been away and what is your current relationship with your homeland?

Lionel Nishimwe: I left Rwanda in 1994 as soon as the events that led to the 1994 ‘alleged genocide’ intensified. It has been 21 years since I left.

As for the relationship with my homeland,the answer to that is very complex.

Most of my family members are either in exile or dead. We do not know the whereabouts of others, but as it stands, they are presumed dead.

The problem I faced at an early age was to isolate myself from Rwanda and her problems.

You can imagine growing up listening to people identifying Hutu (your
clan) as “Genocidaire.”

With movies like “Hotel Rwanda” and “Sometimes In April,” it was difficult for me to identify with my country.

Until recently, I had to distance myself from Rwanda and her culture the best way I knew how, and you can tell from my [language] Kinyarwanda — I am not fluent, even though I can speak French, English, Swahili, and over 5 other African dialects fluently. [Due to the stigma of being a Hutu,] I try by all means to avoid speaking Kinyarwanda. 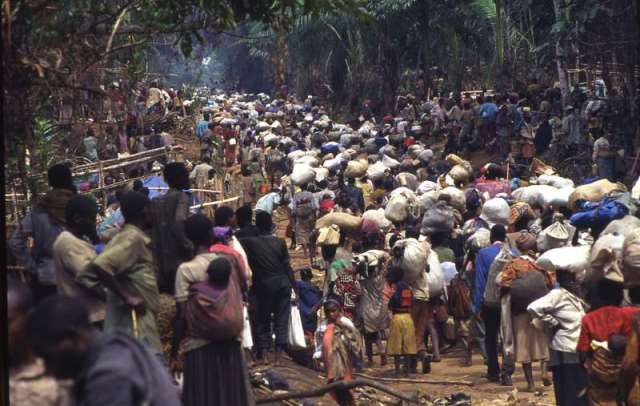 Hutu refugees near Kisangani, Democratic Republic of Congo in 1997

F2FA: Since your family fled to Zambia due to the genocide, do you see yourself as the mouthpiece of Hutu refugees? If so, why?

LN: That is too much of a cross for me to bear; however, I would answer this question in twofolds: Yes, I was privileged and blessed to go in to Law School. Currently, we are only three lawyers in Zambia (at least as far as the Rwandan community knows). The two other Rwandan lawyers are not interested in speaking out for our people — at least not publicly.

The law imposed a duty on me to speak for IDPs [internally displaced persons] and refugees
generally.

Before I joined the struggle, my community was very ignorant where the law was concerned. They could air views, but in a more social manner without any legal regime to buttress their claims.

With me on the scene, though, we are no longer just speaking from without. Any issue we raised is supported by the law.

Speaking for the IDP and refugees requires that one be informed thoroughly on the legal regime governing these people of “special
concern.”

It is a meticulous job, which requires time, dedication, and the passion for Human Rights.

As you can see from my published articles, that is what I stand for.

No, I do not want to impose myself on the people. I know that the Rwandan Refugee Community has its informal leadership present.

However, there have been concerns as to whether the informal leadership stands with the people or their personal interests.

Either way, I don’t think that I need to be in leadership to advocate for the IDP and refugees. I have been approached by some youths and
refugees, and they complained to me about their undefined current status.

As a lawyer and activist, I could not help but write. The point is my legitimacy is from the people even if some people in the leadership
might fear that I am usurping their powers.

F2FA: What has been your experience as a Rwandan living in Zambia?

LN: Zambia is the most peaceful country I know of. Zambians are hospitable people — they have been good to us [Rwandan refugees] all along. As they say, “One Zambia, One Nation.”

I have learned political tolerance in Zambia, which has 72 tribes, and yet,they co-exist.That is very inspiring. I wish my people could learn
from Zambians.

The other thing I have learned is “political maturity.” Democracy is real in Zambia. Elections are held as provided by the Constitution. Head of
States do not outlive their mandates.

And most importantly, in Zambia, no one is above the law — not even the President of the Republic. A simple High Court Judge can challenge the decision of the President.

Try to do that in Rwanda and see where your head will end up.

The highlight of my stay in Zambia was being conferred my Bachelor’s Degree of Laws by Dr. Kenneth Kaunda (pictured center), the First president of Zambia. 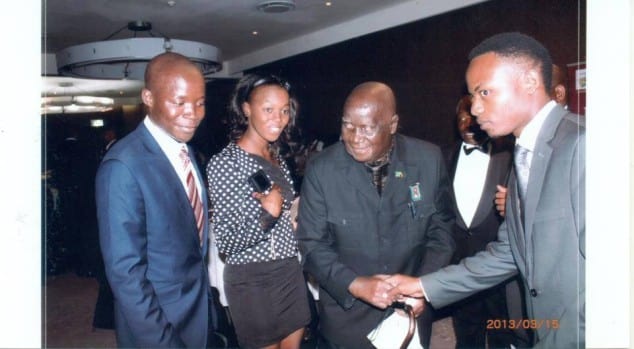 I met him on a couple of occasions (pictured), but that moment was very special. It is a moment that I will cherish for the rest of my life.

F2FA: Could you explain the stigma your tribe experiences as a Hutu post-Genocide?

LN: It is not easy for we “Hutu.” We are born “Genocidaires” as the RPF [Rwandan Patriotic Front] puts it. Hutu children in Rwanda are forced to apologise to their Tutsi counterparts for the alleged crimes committed by their fathers.

Hutu women serve time for their dead husbands. As for Hutu refugees, countries apply exclusion clauses in the belief that as alleged killers we are a threat to their national security.

It is really us against the whole world.

F2FA: While the stigma may be uncomfortable, shouldn’t any group of people responsible for a genocide endure the same scrutiny and criticism?

LN: I do not deny that Hutu were involved in the 1994 Massacres; however, the international community chose to keep a blind eye on the atrocities committed by the Paul Kagame-led RPF. 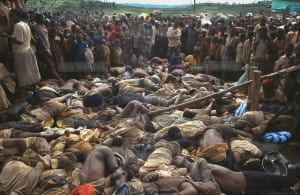 The International Criminal Tribunal for Rwanda has so far indicted the Hutu clan only and it is criticised for practicing “victor’s justice.”

The Gacaca Courts, on the other hand, have also never indicted any members from the current ruling party, the RPF. They seem to be above the law.

The recent arrest of Rwandan Chief of intelligence General [Emmanuel] Karenzi in the U.K. clearly indicated that the current regime committed crimes against humanity, and yet, they are still protected. 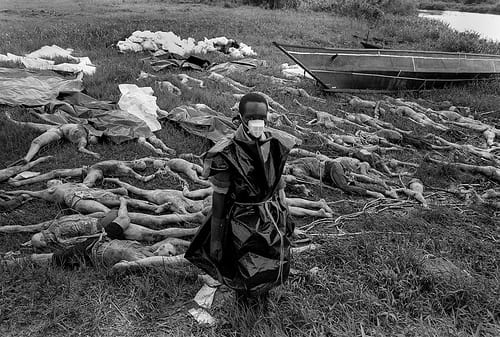 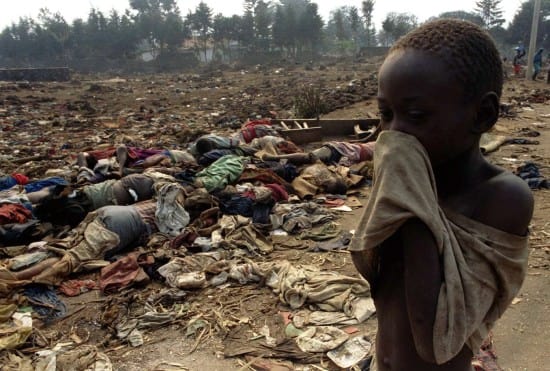 A Rwandan boy covers his face from the stench of dead bodies in this July 19, 1994 file photo. April 7, 2014 marks the 20th anniversary of the Rwanda genocide which killed 800,000 people. The three-month killing spree in 1994 by Hutu extremists targeted ethnic Tutsis, but moderate Hutus were also caught in the wave of violence that followed the fatal downing of a plane carrying Rwandan President Juvenal Habyarimana. REUTERS/Corinne Dufka/

F2FA: Why do you refer to the Rwandan genocide as “alleged”? Are you implying that it never happened?

LN: There was no genocide in the legal sense. Here is why, “The last official government census of 1991 (to which no oppostion party nor the RPF objected at the time) had approximately 595,000 Tutsis in Rwanda with about 40,000 in Kigali. Most of the dead on display at Gisozi are Hutus not Tutsis.

General [Romeo] Dallaire made a report on April 15, 1994, that on April 14th, the RPF pullled 14,000 Tutsis over to their lines. Bernard Kouchner put out a letter on May 22, after his visit to Kigali, stating that 22,000 Tutsis were alive and protected in Kigali.

The Tutsi intellectual Antoine Nyetara, who was in Kigali throughout the events of April through July, testified in our trial that the FAR [Rwandan Defense Forces] did not kill Tutsis and that the killings began after the RPF took the city and ordered all the people to gather in the various stadiums.

Once there, he said they began selecting Hutus who were businessmen, teachers, doctors, and students and executing them on the spot.

He stated that if any Tutsi tried to protest then they were shot as well. He added that he was surprised to see that when the RPF forces entered the city, they were not mainly Tutis but were composed of many Eritrean, Somali, Sudanese mercenaries as well as Tanzanians.

There was no genocide in the legal sense of a plan by the government or army to kill civilians of an ethnic group — that is not what happened.

There is evidence of plans by the RPF to exterminate Hutus, e.g., the Gersony Report.

We should stop using the word genocide to describe events in Rwanda.

As International Criminal Lawyer Christopher C. Black said, “It was a four year war, and events from April through July in 1994, that was a war by the RPF against the government in which many innocent civilians on both sides were killed –that is not genocide, that is war, and those responsible for it are in the RPF and the Western governments and the UN that helped them.”

F2FA: Would you say the majority of your tribesmen take your position?

LN: I cannot speak for everyone, but I believe they generally do. Why wouldn’t they? All I do is to advocate for their rights.

F2FA: What would you like to see happen in Rwanda? Why?

LN: Rwandans have been refugees since 1959. We have always had a “leadership crisis.” Our leaders are not selfless. I would love to see change in Rwanda based on MUTUAL RESPECT, MUTUAL TRUST, POLITICAL TOLERANCE, EQUAL POLITICAL REPRESENTATION, and TRUE RECONCILIATION based on THE FACTS AS THEY WERE not AS WE WANT THE WORLD TO BELIEVE.

I believe that my great-grandfather Judge Pierre Ngayaboshya, one of Rwanda’s Founding Fathers, did not die so that I can live in exile forever.

My children deserve to be raised in their country. 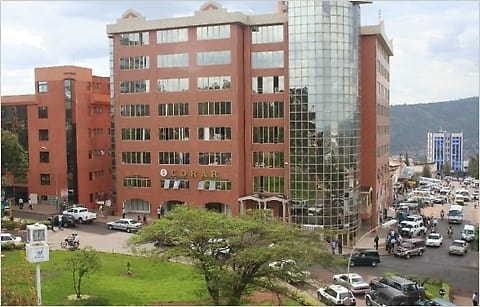 F2FA: What is the future of Rwanda?

LN: We, the youth, are the future of Rwanda. Let me borrow these great words from Albert Einstein, “The significant problems we face cannot be solved by the same level of thinking that created them.”

Rwanda has lived to see a series of tragic events, some allegedly planned and others beyond circumstances.

In its strictest definition, democracy has been inalienated in the land of a thousand mountains for over four decades.

This is why it is not surprising to see how complacent ordinary Rwandans have become where the political future of their country is concerned.

Their minds have been inculcated with a submissive mentality.

In modern Rwanda, the State machinery is marred with political patronage, nepotism, and some sources have indicated that Rwanda is on a
verge of “kleptocracy.”

As the youths and future leaders, we must study our history and see how best we can work together. I denounce ethnic politics. We must see our difference as richess, a strength as opposed to a source of conflict.

Tutsi, Hutu, or Twa, we are all Rwandans and we deserve to live in Rwanda where we will be availed with equal opportunities.

Rwanda is bigger than one tribe.