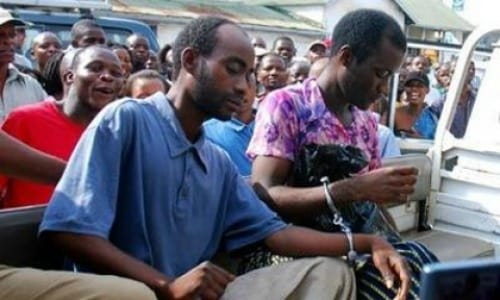 Two Islamic courts in Nigeria presiding over a series of cases involving men who violated the country’s anti-homosexuality law have been secretly released on bail. According to the accounts of a court clerk and a prison official, seven men that were on trial for breaking the law have been set free.

According to a report from The Guardian, the seven men were part of a group that included five other men that allegedly belonged to a private gay club. The seven men, who are part of a dozen in total, were officially charged on January 6th with belonging to the club and allegedly receiving funding from the United States to increase membership by the Bauchi State Sharia Commission.

Four other members of the dozen men were convicted March 6th, lashed 15 times with a horse whip, and ordered to pay 20,000 naira as well. A Christian man who was part of the group will have his case tried in a neutral court.

Earlier in the month, news that the men were on trial for breaking the law went public, prompting angry mobs to throw stones and hurl threats at the group. According to the account of a clerk at the upper Sharia court in the Unguwar Jaki district of Bauchi, the men were freed after evidence linking them to the offense could not be presented.

“The judge’s decision to grant them bail was borne out of the fact that none of the accused was caught in the act, which is an indispensable condition to warrant the death sentence. That means they would not get the death penalty at the end,” said Abdul Mohammed.

The so-called “sodomy trials” have been moved to secrecy in order to quell the rioting and violence that occurred at the top of the year. Nigeria President Goodluck Jonathan signed the Same Sex Marriage Prohibition Act into law on January 7th, leading to the arrests of several men accused of leading a gay lifestyle.