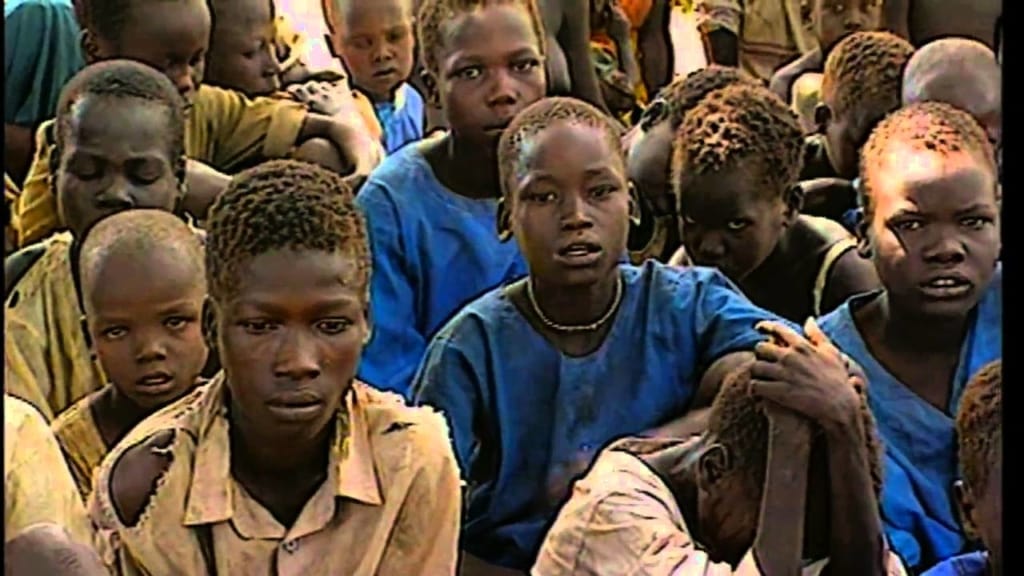 Slavery in Sudan dates back to medieval times. It has recently had a resurgence during the second Sudanese Civil War that lasted between 1983 and 2005. During the war, human rights campaigners reported a rise in contemporary forms of slavery and accused the Sudanese government of supporting and arming various slave-taking militias in the country.

In response to these claims, the Sudanese government argued that slavery was a product of inter-tribal warfare over which it had no control.

Sadly, the shameful practice still continues in some parts of the country more than a decade after the war ended.

The majority of those enslaved in Sudan belong to the Dinka, Nuer, and Nuba tribes, which are predominantly Black in appearance.

Their masters are primarily Arabs from the Baggara ethnic group.